The Motorola Droid Bionic comes with Android 23.4 Gingerbread and it ,features a 4.3 inch qHD multi-touch with a resolution of 960 x 540 pixels, processing is provided by a dual core 1GHz processor and it also comes with 1GB of RAM. 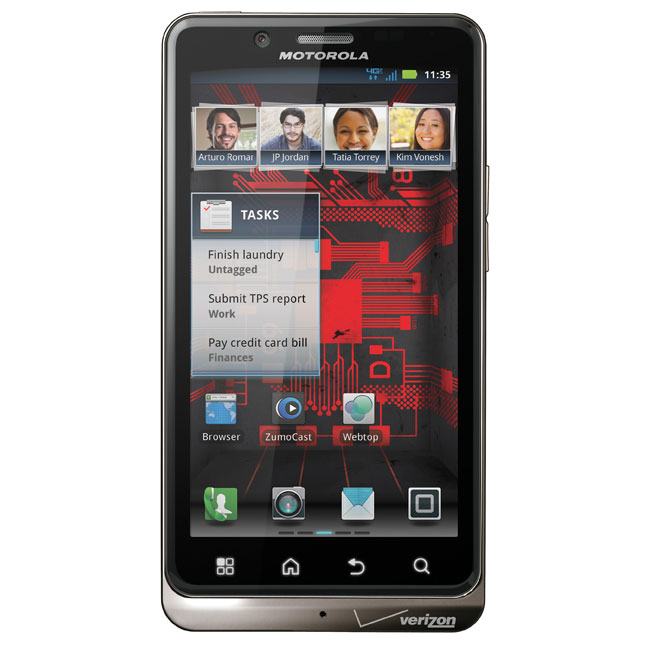 The Droid Bionic comes with 32GB of storage, 16GB is built in and it also features a microSD card slot with a 16GB microSD card installed and it supports up to 32GB cards

Other features on the Motorola Droid Bionic include an 8 megapixel camera which is capable o recording Full HD video in 1080p, and it also supports Full HD video playback in 1080p via HDMI.

You can find out more about the Motorola Droid Bionic over at Amazon Wireless, the handset is available for $199.99 and you will also have to sign up for a new two year agreement with Verizon.