Drobo has today announced the launch of a their new Drobo 5D and Mini: SSD storage solutions, which come equipped with both Thunderbolt and USB 3.0 connections for super fast data transfer.

The new drives are based on Drobo’s BeyondRAID technology, which has been designed to allow you to mix and match your hard drives using different capacities and spin speeds. The Drobo drives will then automatically select the appropriate RAID level 1, 5, 6 to balance the capacity. 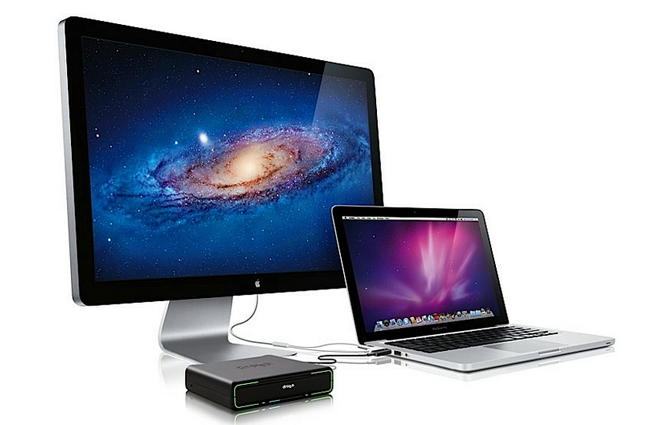 The smaller 4-bay Drobo Mini measures 18.7cm wide by 18cm deep by 4.5cm high, and weighs in at about 1,5kg with hard drives installed, on the rear its equipped with 2 x Thunderbolt ports and 1 x USB 3.0 port. 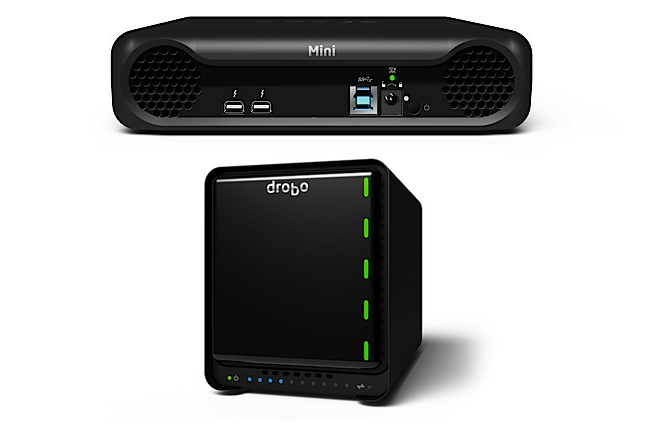 “Both the Drobo 5D and Drobo Mini include industry-first SSD acceleration – utilizing the performance benefits of solid state drives (SSDs) and the capacity benefits of hard disk drives (HDDs) to deliver an automated, no-compromise system. In addition to supporting SSDs in any of their drive bays, both units include an additional bay that will accommodate a small-form-factor SSD to achieve significant performance boosts while making all drive bays available for high-capacity HDDs.”

When the drives arrive in August the Drobo 5-bay Drobo 5D is expected to cost around £650, and the smaller 4-bay Drobo Mini for £549.