Drift has this week unveiled their next generation extreme sports camcorder the Drift HD which is now 25 percent smaller than their previous sports camcorder the HD170. The new Drift HD is a point of view camera and can be attached to your helmet or vehicle whether it be a bike, jet-ski or snowboard to name a few, allowing you to record footage and giving you bragging rights on your exploits.

The Drift HD camcorder records in 1080P high definition and has a 170 degree field of view via a lens with can be rotated 360 degrees making sure you don’t have to miss anything due to the location of your camera mount. 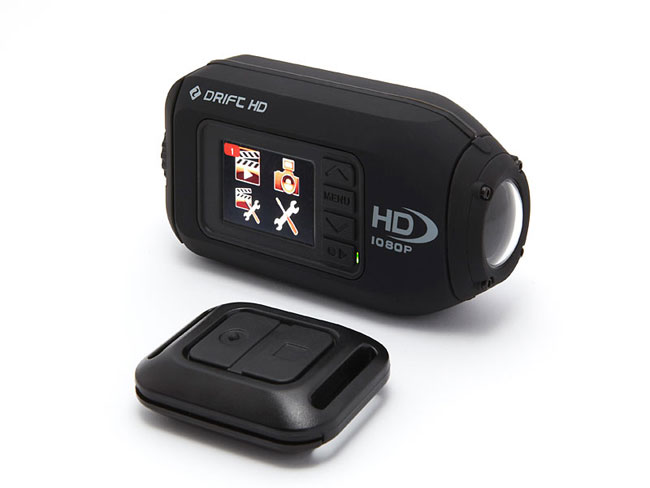 The Drift HD measures just 4.1 inches and weighs 4.23 oz. and is equipped with a playback 1.5 inch LCD screen on the side of its case, so you can check your footage instantly. It also includes connections to attach an external mic if desired and has a Micro HDMI connector for HDTV playback. Together with a remote control allowing you to only record footage you want rather than a continual feed.