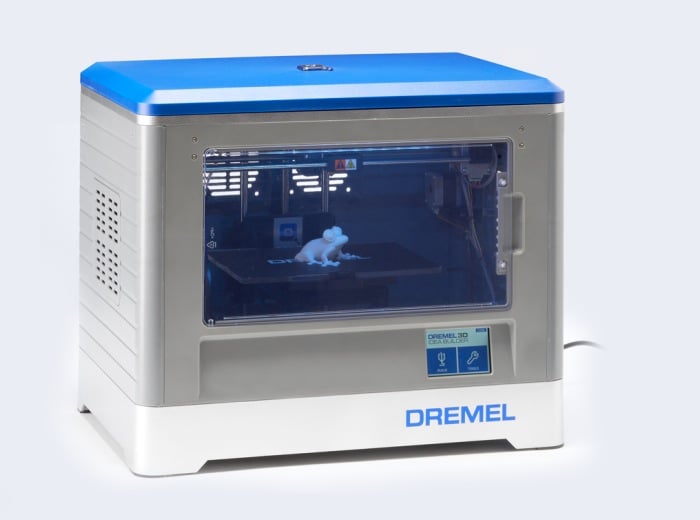 Dremel well known for its range of hand tools has this week unveiled its new Dremel 3D printer called the Idea Builder which has been created for the mass market and is priced at $999.

The new Dremel 3D Printer was unveiled at this years MakerCon in New York City and was built in partnership with Chinese manufacturer Flashforge. The new Dremel Idea Builder is the first 3D printer to be released by a major tool manufacture.

The Dremel 3D printer offers a build area of 230mm x 150mm x 140mm and a removable bed to help with the extraction of the finished models, but unfortunately due to this feature the bed is not heated. The included Dremel 3D software offers features that are similar to Makerware or Cura and supports both Mac and Windows with a slicing engine offering 0.1mm, 0.2mm and 0.3mm layer heights. 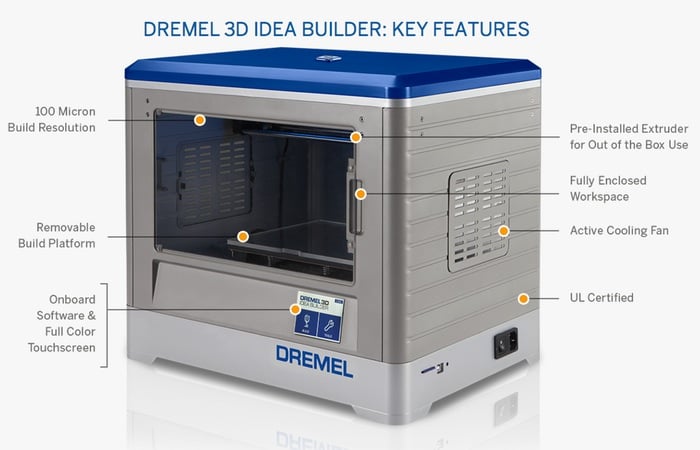 The new Dremel 3D printer will be available to purchase via traditional tool-sales outlets such as Home Depot, Amazon, and Canadian Tire. Watch the video after the jump to learn more about the Dremel 3D printer and see it in action.

“It is easy to build objects with the Dremel on-board software and color touchscreen, which enables a preview of each model before you build. Additionally, the Dremel 3D Idea Builder comes equipped with a pre-installed extruder (the part where the filament comes out and builds your model), unlike other 3D printers that require you to install it yourself.

This makes setup as simple as plugging in your printer, and you’re ready to build! Along with easy-to-use software, you can start turning your ideas into models and projects in minutes.”

For more information on the new Dremel 3D Printer jump over to the Dremel website for details.