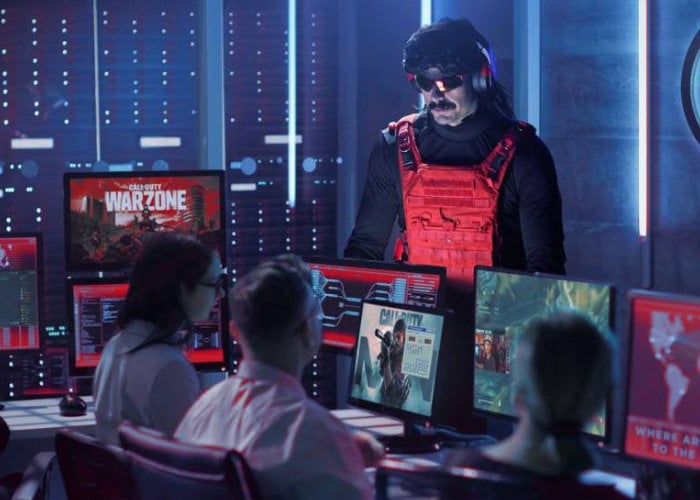 Herschel “Guy” Beahm otherwise known as game streamer Dr Disrespect has signed an exclusive deal with Twitch and has explained more during an interview with the Verge. “Let’s just say, when I first started streaming, was something like this fathomable?” Beahm said. “If it was, you’re dreaming really, really big. To me, it’s pretty shocking, and it’s very obviously life-changing, rewarding.”

Signing gamers to exclusively to a specific platform is big business, the Verge explains a little more : “In August 2019, Tyler “Ninja” Blevins, the most famous gamer in the world, announced he would stream exclusively on Mixer, reportedly for a figure between $20 and $30 million. Felix “PewDiePie” Kjellberg, the most famous YouTuber in the world with 103 million subscribers, signed an exclusive deal with DLive in April 2019. YouTube Gaming stole Jack “CourageJD” Dunlop from Twitch at the beginning of November, and Facebook Gaming picked up Jeremy “DisguisedToast” Wang at the month’s end.”

For the full interview jump over to the Verge website. Also check out the very first video posted 10 years ago.