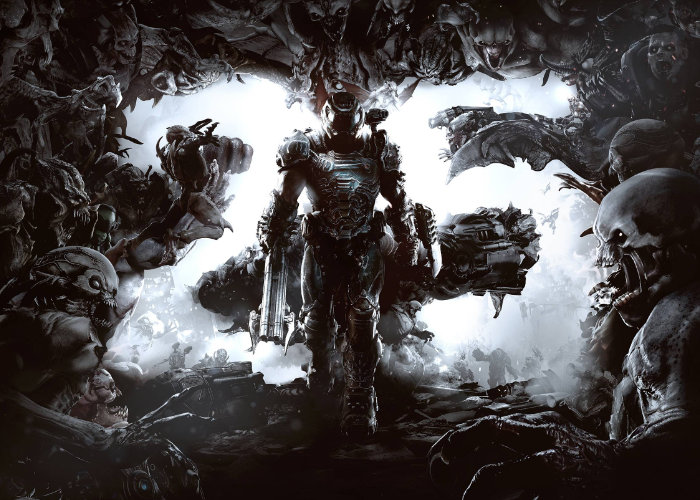 DOOM fans are sure to enjoy a new teaser trailer released this week by Bethesda and id Software for the new DOOM Eternal game and direct sequel to the DOOM game launched back in 2016. “Powered by idTech 7 and set to an all-new pulse-pounding soundtrack composed by Mick Gordon, DOOM Eternal puts you in control of the unstoppable DOOM Slayer as you blow apart new and classic demons with powerful weapons in unbelievable and never-before-seen worlds.”

Bethesda has also started the Slayers Club upon which you receive an exclusive 25th Anniversary DOOM Slayer skin for DOOM Eternal when it launches when you join. “Experience the ultimate combination of speed and power as you rip-and-tear your way across dimensions with the next leap in push-forward, first-person combat. “

No official launch date has been announced as yet for DOOM Eternal but you can expect the first person shooter to provide both single player and multiplayer modes and be available on the Xbox One, PlayStation 4, PC and Nintendo Switch platforms.

“A quarter century has passed since DOOM was released to the unsuspecting masses. More than two decades later the franchise has spawned multiple sequels, spin-off titles, films, comics, and cemented itself as part of the pop culture lexicon. Over the next year we’re celebrating 25 years of ripping and tearing. Twenty-five years of mods, gibs, guns, and the most passionate, unwavering, and ardent fan base this side of Phobos. Whether you cut your teeth in 1993 or if DOOM (2016) was your first trip to Hell, we’re asking all DOOM Slayers past, present, and future to unite in celebrating one of entertainment’s most iconic franchises. Welcome to the Year of DOOM. “