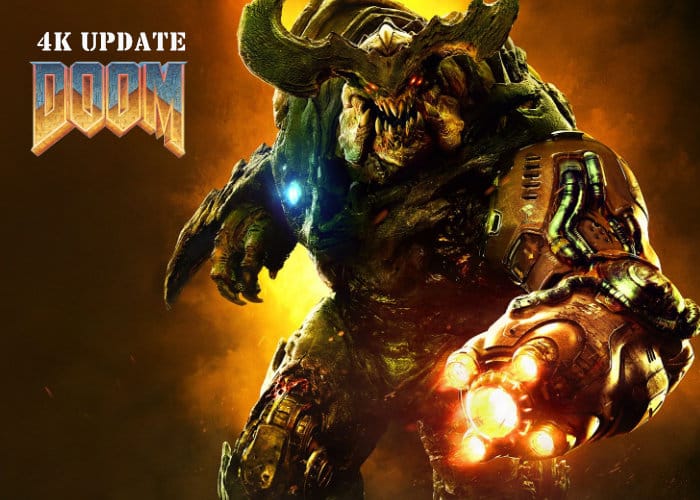 A new DOOM 4K update has been rolled out by id Software this week for both the Xbox One X and PlayStation 4, finally adding 4K resolutions to the DOOM game on the most powerful gaming consoles currently available. The announcement was made via the official Bethesda blog with the publisher confirming the launch of the highly anticipated DOOM 4K patch.

“Every blast of the BFG, every demon glory kill and every chainsaw slice through a Mancubus can be experienced like never before on consoles. Whether you’re a new player or just eager to jump back into your Praetor Suit, you’re going to want to visit Hell to experience it for yourself.” Check out the teaser trailer below to learn more about the 4K DOOM update which is now available to download on both the Xbox One X and PlayStation 4 Pro.

“When DOOM launched, id Software focused on mixing cutting-edge graphics with relentless, fast-paced gameplay for users on all platforms. Thanks to a brand-new game update arriving on March 29, id is pushing the game’s graphics even further with the release of a new 4K resolution update. At long last, you’ll be able to witness the power of the DOOM Slayer in stunning 4K on PlayStation 4 Pro.”