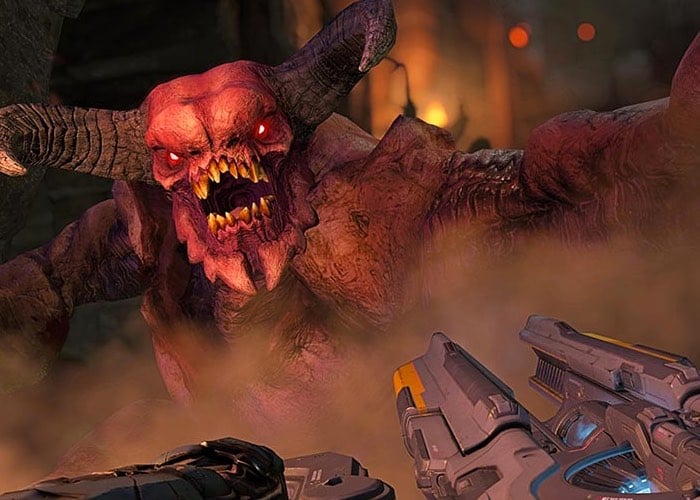 DOOM fans that are interested in learning more about the creation of the awesome music and sound effects included in the latest DOOM 2016 game, are sure to enjoy these videos providing a look behind-the-scenes and an interview with Mick Gordon, composer of DOOM 2016.

Part one of the mini series revealing how the DOOM sound effects were created focuses on the composition of Doom’s epic guitar riffs, while the second reveals how cassettes, old guitar pedals we used in conjunction with an antique Soviet synthesiser to create the game’s soundtrack.

DOOM 2016 the latest game in the series launched earlier this month on May 13th and has received excellent reviews to the work of developers id Software, Certain Affinity. DOOM is available to play on PlayStation 4, Xbox One and PC.

Developed by id software, the studio that pioneered the first-person shooter genre and created multiplayer Deathmatch, DOOM returns as a brutally fun and challenging modern-day shooter experience. Relentless demons, impossibly destructive guns, and fast, fluid movement provide the foundation for intense, first-person combat – whether you’re obliterating demon hordes through the depths of Hell in the single-player campaign, or competing against your friends in numerous multiplayer modes. Expand your gameplay experience using DOOM SnapMap game editor to easily create, play, and share your content with the world.