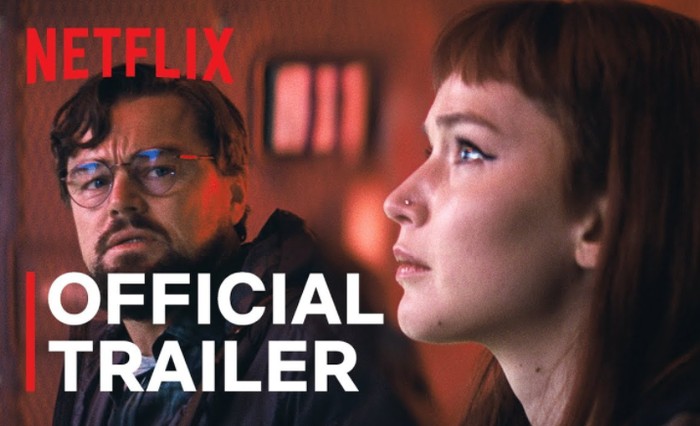 “DON’T LOOK UP tells the story of two low-level astronomers who must go on a giant media tour to warn mankind of an approaching comet that will destroy planet Earth. Written and Directed by Adam McKay.”

Don’t Look Up will be officially premiering on December 10th 2021 in theatres and will be streaming exclusively on the Netflix platform on December 24th 2021. The film has been produced by Hyperobject Industries and Bluegrass Films.

“Netflix is the world’s leading streaming entertainment service with 214 million paid memberships in over 190 countries enjoying TV series, documentaries and feature films across a wide variety of genres and languages. Members can watch as much as they want, anytime, anywhere, on any Internet-connected screen. Members can play, pause and resume watching, all without commercials or commitments.”