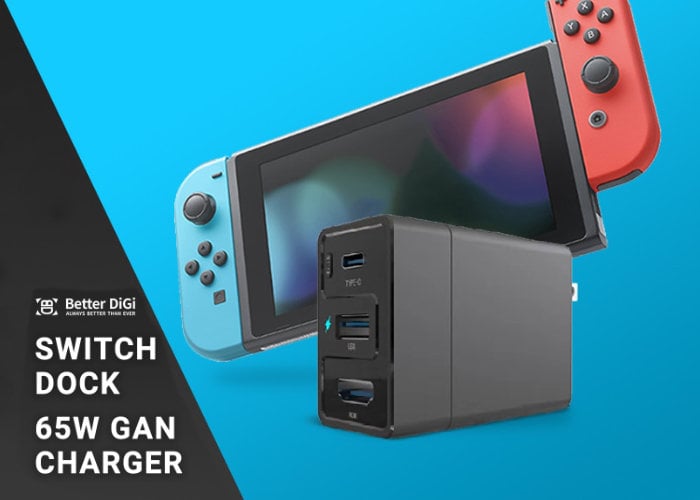 A new Kickstarter campaign was launched for the Dongii, a Nintendo Switch pocket dock and 65 watt GaN charger supporting Bluetooth 5.0 connectivity. Earlybird pledges are available from $29, offering a 55% saving off the recommended retail price, with worldwide shipping is expected to take place during June 2020.

“Dongii is a small dock you can carry with you anywhere, easily hook your Switch up to and play on a TV with. It cleverly replaces the official Switch dock and its separate charger. It supports 4k 60Hz video transmission and lets you enjoy a better gaming experience on a big TV even when you’re not at home.” 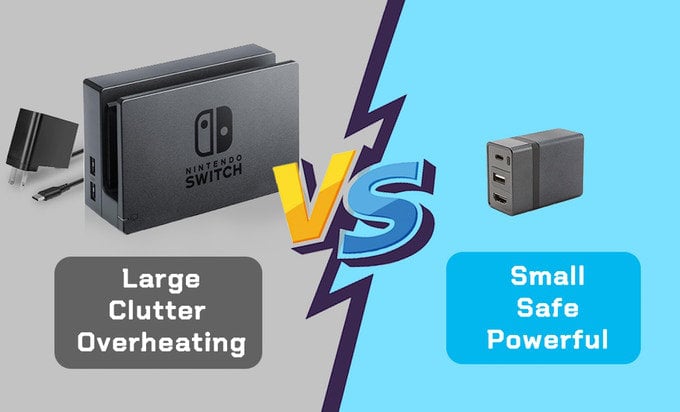 “These days, we all suffer from too many heavy accessories for our devices – chargers, adapters, hubs, and docks. The same is true for Nintendo Switch. The official Switch Dock is expensive and cumbersome and will only work with a separate charger. Packing all that gear really takes the fun out of a gaming meetup with friends.  As game lovers, we wondered if a Switch dock could be more portable and simple? We created Dongii, a pocket-sized dock, with Bluetooth 5.0 and a detachable 65W GaN charger, allowing you to connect your Nintendo Switch to most any television and wirelessly connect to Bluetooth headphones or speakers for a more immersive gaming experience. “

Apparently a fake Indiegogo campaign has been started which has nothing to do with the creators of the Kickstarter Dongii Switch charger and dock. “Please be careful with this fake Indiegogo campaign and spreads the news to your friends in case they get to the wrong page. If you saw things like Dongii somewhere else except for on Kickstarter, please let us know. It must be A Scam. Don’t buy it. Sometimes shitty happens! But we will fight back! “