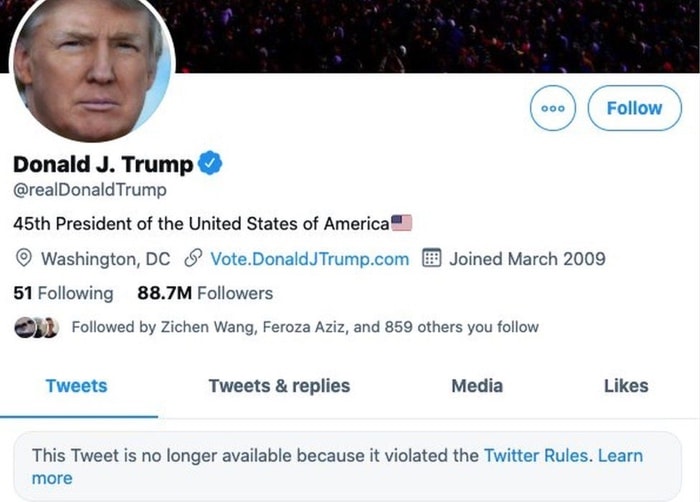 The former US president’s Twitter account was banned back in January of this year after a number of tweets which were found to violate Twitter’s policies. He is also banned from other social media platforms like Twitter.

Following a recent new social media law in Florida which was signed Governor Ron DeSantis, although the law has not come into force due to it being stopped in court, the former president is looking to use this law for his lawsuit.

Donald Trump is claiming that the ban on his Twitter account violates his First Amendment rights and that the misleading labeling of his tweets is a form of censorship.

It will be interesting to see what happens and whether the former US President will be able to have his Twitter account and other social media accounts restored.