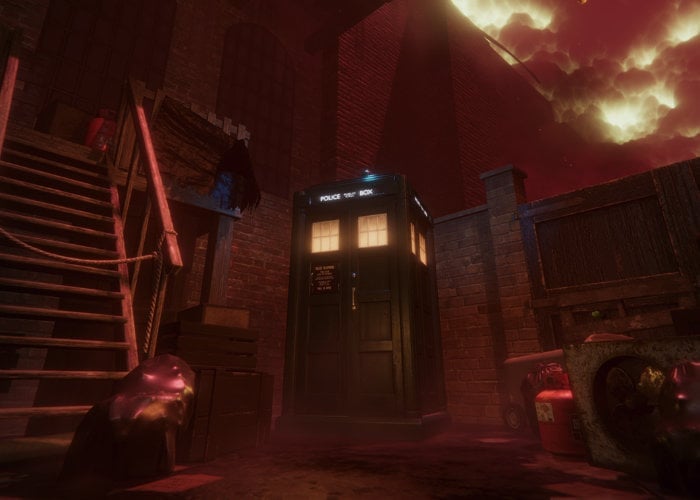 Doctor Who fans might be interested to know that the new Doctor Who VR game Edge of Time, will be launching next month during November 2019 and will be available for the Oculus Quest, PSVR and PC virtual reality headsets. Earlier this year during the San Diego Comic Con a sneak preview of the game was showcased providing a quick look at what you can expect from The Edge Of Time.

“Join the Doctor on a mission to save the universe: ‘Doctor Who: The Edge Of Time’ lets fans embark on an adventure through space and time!. Travel across the universe, visit alien locations, pilot the TARDIS and solve the mystery of the controlling force behind the Reality Virus.”

“A new mysterious enemy threatens to tear apart the universe and only you can stop them! Armed with the Sonic Screwdriver, players will solve mind-bending puzzles, grapple with iconic monsters and encounter new horizons in a quest to find the Doctor and defeat a powerful force that threatens to destroy the fabric of reality. “

Doctor Who VR Game The Edge Of Time :

– Pilot the TARDIS: Team up with the Doctor and travel through space and time to new horizons, piloting the brand new TARDIS as seen in the last series.
– Immersive Entertainment: Experience the world of Doctor Who like never before and interact with tools such as the Sonic Screwdriver.
– Authenticity: ‘Doctor Who: The Edge of Time’ is voiced by and features the Thirteenth Doctor herself, played by Jodie Whittaker.
– Official BBC Studios Licensed Product: Authentic music, props, sets, title sequence and Doctor Who easter eggs.
– Iconic & New Monsters: Stand against iconic baddies, including the infamous Daleks, and even come face-to-face with brand new, never-before-seen monsters.