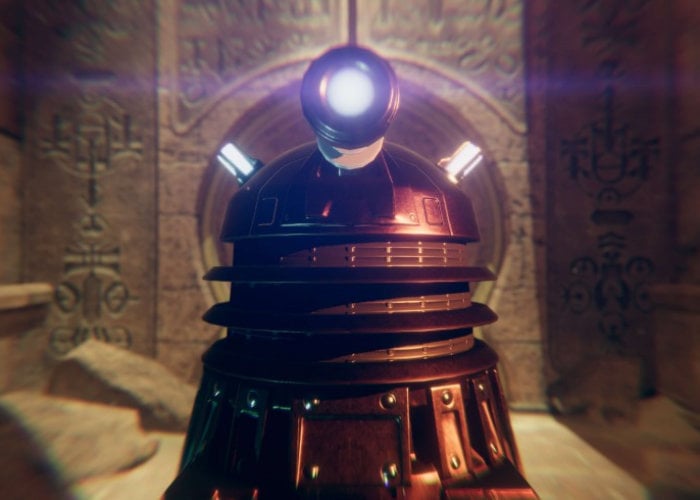 Following the recent reveal of the animated VR experience Doctor Who: The Runaway, a new cinematic, feature-length Doctor Who VR video game has been announced, that will be arriving during September 2019. Created by Maze Theory led by former Activision and PlayStation veterans and published by PlayStack the new VR game Doctor Who: The Edge Of Time will transport fans into a “globally-beloved world of aliens, mystery and wonder, letting them embark on a brand-new and fully-interactive adventure, inspired by the show’s 55-year history and starring the Doctor’s current incarnation, played by Jodie Whittaker.”

Checkout the announcement trailer below to learn more about what you can expect from the Doctor Who The Edge of Time fully interactive virtual reality video game which will be launching during September 2019.

“Armed with the iconic Sonic Screwdriver, players will solve mind-bending puzzles, grapple with classic monsters and encounter new horizons in a quest to find the Doctor and defeat a powerful force that threatens to destroy the fabric of reality. They will face the infamous Daleks and other known faces from the Doctor’s universe plus some brand new never-before-seen monsters as they travel through stunning cinematic environments that truly bring the show to life!”

To find out more about the new virtual reality Doctor Who game jump over to the official Doctor Who website by following the link below.