djay is one of my favourite apps on my iPad and today Algoriddim have announced that their djay app has now made the jump to the iPhone and iPod, following on from the launch of their djay app for the iPad back in February.

The new djay iPhone and iPod app includes all the same features of the bigger iPad version and now allows you to mix tracks from your iTunes library on your pocket device. Allowing you to play, create and record mixes on the move at any time. 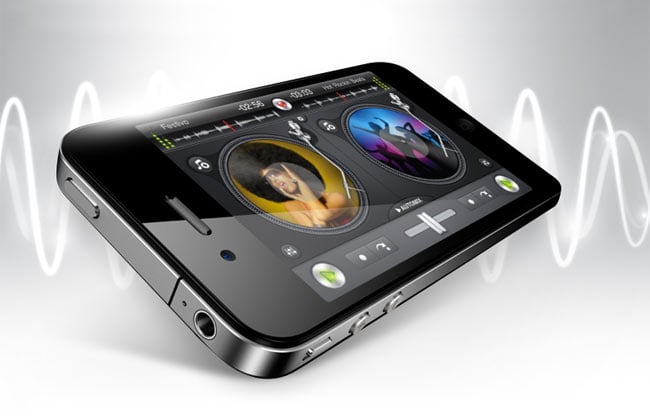 Due to the smaller screen of the iPod and iPhone devices turning your Apple player into portrait mode will allow you to view one whole virtual deck, while turning your iPhone back into landscape mode will reveal both decks side-by-side.

As with the iPad version (which has also received an update today), djay for the iPhone and iPod has the automix mode and the app is fully optimised for iOS multitasking and background operation, allowing you to listen to a continuous mix even while surfing the web or playing games.

The new iPhone and iPod djay app is now available to purchase from the iTunes app store for $9.99