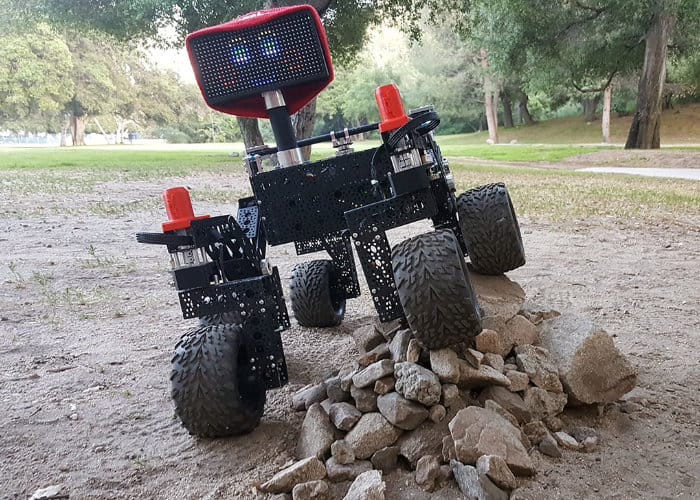 The Pasadena-based NASA Jet Propulsion Laboratory (JPL) has created an awesome scaled-down version of the Curiosity Rover which is currently exploring the surface of Mars. Powered by a Raspberry Pi mini PC the NASA Curiosity Rover has been created to educate the curious about the use of rovers in space and building systems that can be controlled remotely.

The Engineers at JLP have designed and published plans for anyone who is interested to build their very own Raspberry Pi NASA Curiosity Rover using off-the-shelf components for under $2,500. You will need some skills to be able to build open source lunar rover. Also check out our article if you are interested in building your very own Raspberry Pi NAS for extra home network attached storage space.

“After the successful landing of Curiosity on Mars, the Jet Propulsion Laboratory in Pasadena, California built a smaller educational model of the rover (called “ROV-E”) which was used as an education tool for high school and university students, as well as the general public. It was a rover that could be brought into classrooms, museums, and school events to demonstrate robotic principles first-hand. The response to this rover was very positive and often included the question “How can we build one of our own?”. With ROV-E being somewhat costly and complicated to build, JPL engineers went to work designing a model that could be assembled from commercial off-the-self (COTS) parts for as little as $2,500, so that people interested in building their own rover could do just that.”

To build your very own jump over to the official NASA website by following the link below.