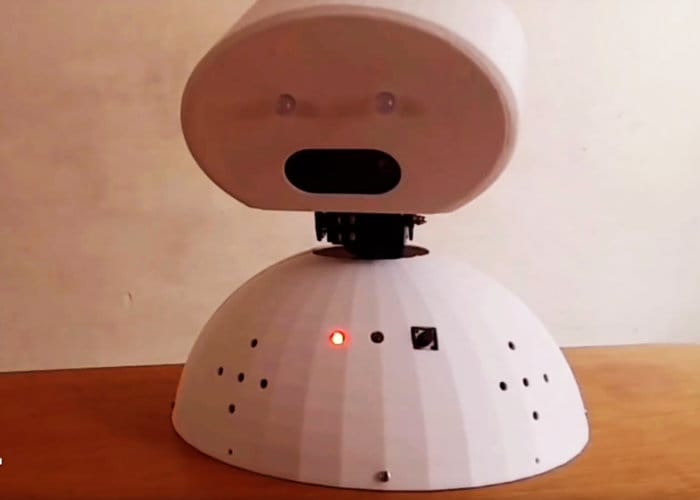 Developer and maker Sanjeet has been building and developing the R3-14 personal robot assistant for over two years and has used a variety of readily available subsystems. For example Sanjeet has used Google Assistant, 433 MHz RF transmitters, and a Raspberry Pi mini PC as components in this build. “Along the way, he also contributed some reusable pieces himself, including an LED library for the PI and a library to allow Siri to control a Raspberry Pi” Explains the Hackaday website.

“Many people started out in electronics building something simple like a crystal radio or an LED cube. But how far could you get if your projects had to begin at the most basic level, by drawing out copper wire, fabricating coils, capacitors, semiconductor devices, and batteries? Even if you know how to do all those things, it would take a lot of time, so there is no shame in using off-the-shelf components.”

“The post is interesting because it shows how the design evolved with an initial metal prototype giving way to a 3D printed body, and with several iterations of software. We did however wish for more details on the software and code, and we hope more details are forthcoming. Meanwhile the project is still a good inspiration. The face tracking drives servos to move the robot’s head and LED eyes make it expressive.”

For more details jump over to the official Hackaday website by following the link below.