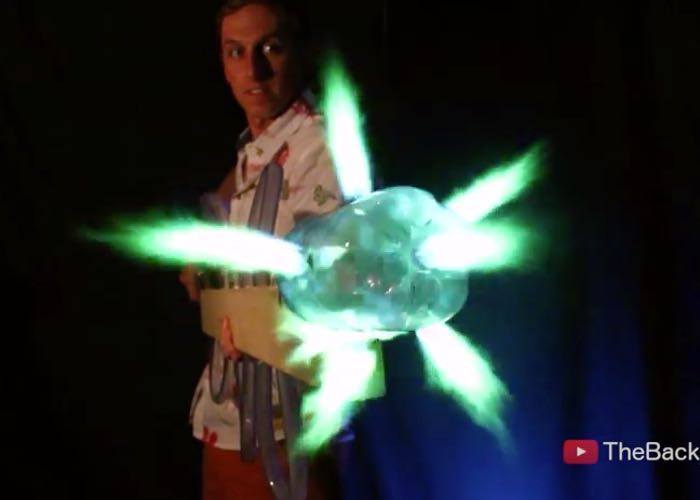 The Backyard Scientist over on YouTube has created an awesome propane-powered golf ball cannon or rifle, that is capable of firing a golf ball further that you can see, and is very easy to construct and re-fire.

Inspiration for the rifle came to the Backyard Scientist after watching NightHawkInLight’s video on YouTube, and after finding a TS8000 propane torch, and10 feet of 7/8 tubing from the hardware store, building began.

I tried to color the flame with some boric acid, and it turned bright green. NightHawkInLight gave me the idea to try powered charcoal to shoot embers and orange flame, worked great!

Well this experiment was not explody enough for me, so I used the same concept to build a propane powered cannon. This is honestly the best gas cannon I’ve ever used, it is just so simple. You could probably shoot 20 golfballs a minute the length of a football field or farther. The canon shot golf balls over 600 feet in the air!! “

Watch the video below to see the design process for first concept to final construction together with demos and texting as the build progresses. Jump over to YouTube of links to full instructions and plans for the golf ball cannon.