If you have shelled out all your hard earned cash on your new Apple iPad, and don’t want to cough up any more cash, the Ian Collins has come up with a clever iPad stand made using the iPad’s packaging. 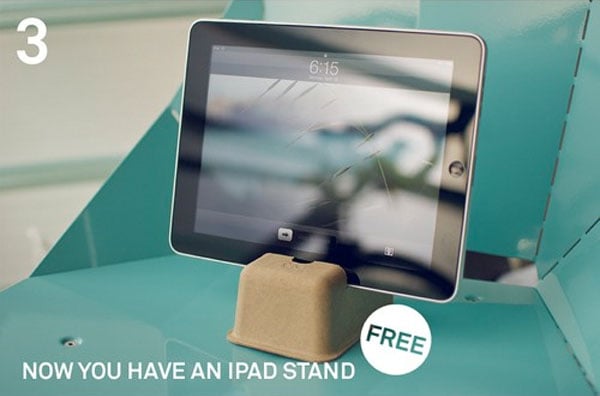 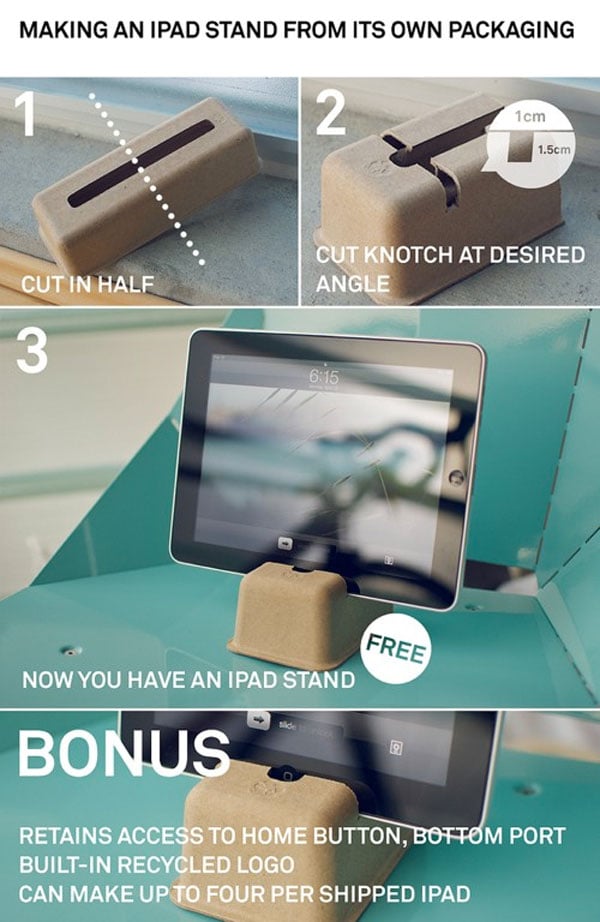 Using the two end-pieces that hold the iPad’s box in place, you can make four iPad stands that: work in either orientation, retain access to the home button and hide the cord while charging.

Seems like a pretty simple yet effective iPad stand, head on over to Ian’s Flickr Page for more details on how to make your own iPad Packaging Stand.