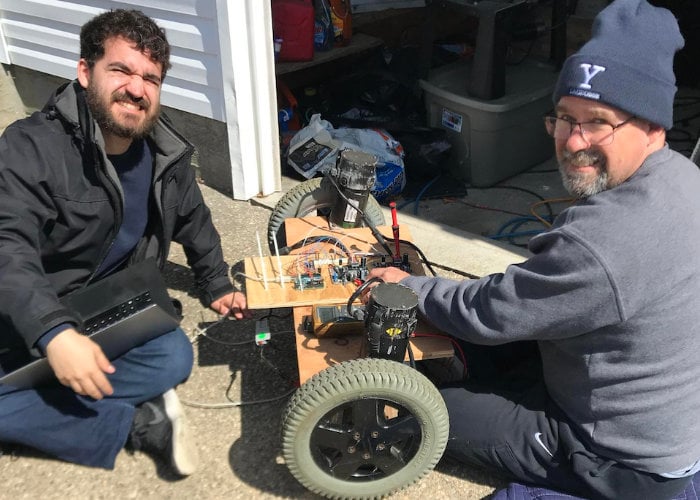 Arduino enthusiasts interested in building their very own Arduino powered Segway, may be interested in the new article published to the official Arduino blog detailing a project created by a father and son duo. The DIY transporter is controlled via an Arduino Uno combined with a pair of motor drivers that handle the device’s high current requirements. “An MPU-6050 allows it to react as the rider leans forward and backwards, moving with the help of a PID loop. Steering is accomplished via a potentiometer, linked to a bent-pipe control stick using a bottle cap and glue.” 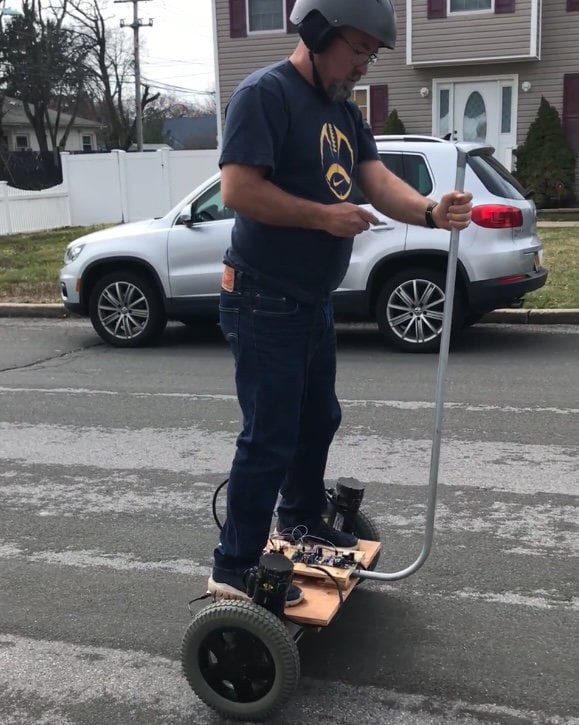 “Balancing test with the battery! the battery adds some counter balancing weight under the axel so the motors don’t have to work as hard. I thought this was a great idea but it turned out hurting us. A weight below the axel will cut your speed and modify the rig so that you have to lean further to move.

The Motor controllers I had to buy! These were the only part I had to but specifically for this project. The max amperage they can direct is around 30A but the stall current for the motors is 40A. I figured they probably wouldn’t stall….

The algorithm for balancing is called a PID controller. I won’t get into the details but very simply it sends motor output with the end goal of trying to move towards a setpoint. I can go into more detail if there’s interest but I’m sure a 10 minute youtube video would cover it better than me.

The arduino talks to an MPU 6050 which seems to be the go-to IMU for hobbyists. For only like $10 I absolutely LOVE the quality and accuracy. For the code, I looked up this guide  which I highly HIGHLY recommend taking a look at even just to understand how the IMU works. Also huge shout out to Jeff Rowberg for writing the library to interface with the 6050. Absolute legend.”