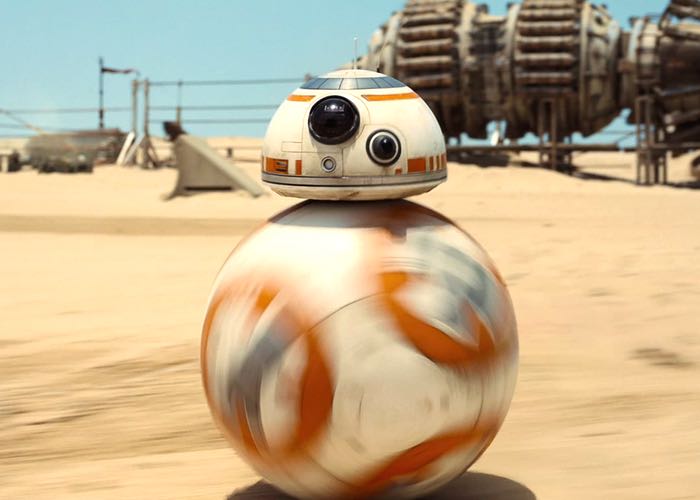 If you have a few hours spare this weekend and fancy creating your very own Arduino powered Star Wars BB-8 robot, a new project by YouTube user video game designer and software engineer JR Bédard might be worth more investigation.

Check out the video below to see the 3D printed and remote control Star Wars BB-8 robot in action which is currently on a set of self-balancing wheels, but will be fully rolling in the next version.  If you liked this you might also be interested in building an Arduino wind speed meter

My first version of a 3D Printed BB-8, the new robot from Star Wars: The Force Awakens‎. Designed in SketchUp, then 3D printed, and painted. It’s powered by an Arduino board and remote controlled via RF. This droid self-balance on 2 wheels, play sounds, and has several addressable LEDs.

You may ask ‘why doesn’t it roll?’ Well, it’s only the first version where I was looking for an easy way to make it move. The next version will roll and keep its head on top with a system of self-orienting magnets.

For more information on the new BB-8 Arduino project jump over to the 3D Print website for details via the link below.