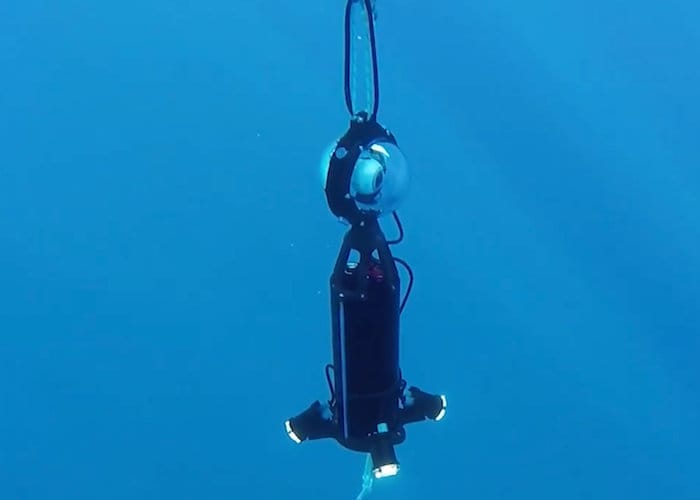 Anyone interested in exploring below 30m beneath the waves you may be interested in a new 360 degree sea floor drop camera created using a little Arduino hardware and programming. The Arduino powered drop camera is capable of diving to 1000 m to provide 360 degree video as well as pressure and temperature readings.

The drop camera has been created during an internship with Blue Robotics the camera project is being touted as the as the world’s first consumer deep-sea dropcam. “I used to work on deep water AUVs as an intern for an offshore solutions company. In the event that we needed our vehicle to return to surface after a catastrophic failure (such as loss of power), our drop-weight system consisted of a spring-loaded mechanism that was held together by an electromagnet. You can look up “electromagnet door locks” on Amazon and find a variety of cheap electromagnets that can hold several hundred pounds of weight as long as there is a current running through them, and they can also easily be prepared for subsea use if you know how to get creative with epoxy. “

“However, you really only need them to hold a minuscule amount of weight, as the drop mechanism can be designed to spring open once the magnet is released. You are sacrificing a trivial piece of replaceable steel with each drop, and now you have full-proof execution should you lose power. This may allow you to maximize your drop times, as you won’t have to “save” energy to burn a drop”