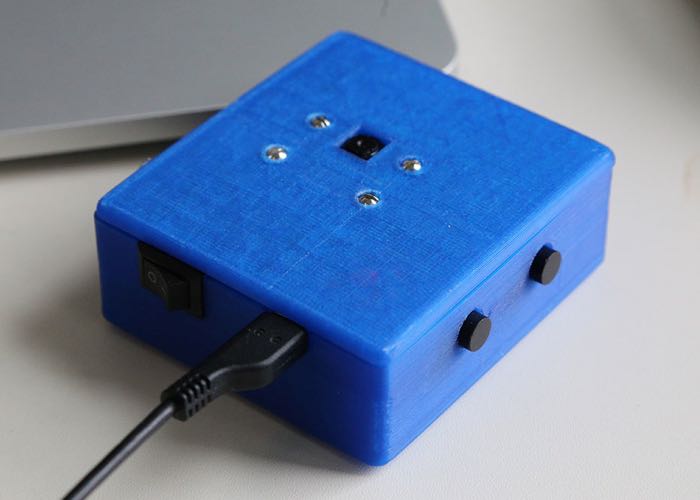 There are plenty of manufactures creating professional action cameras, such as GoPro, Panasonic and more recently TomTom to record your exploits while engaging in outdoor activities and the like.

But if you fancy creating your very own action camera, using a Raspberry Pi mini PC and a 3D printer, Conor Yamada has created a compact design and published full instructions to get you going. Watch the video below to learn more about this awesome Raspberry Pi action camera project.

Conor Yamada explains a little more about the motivation behind creating a Pi action camera :

“I was fortunate enough to acquire a GoPro at a discount a few months ago. I used the camera to record runs on the mountain, document some of my work, and, most importantly, for bike rides. Not only is it a great tool for capturing scenery on long-distance trips, it’s also an important piece of safety equipment as a cyclist.

Cameras like the GoPro, Sony Action Cam, and the Fly6 are all relatively expensive and, perhaps, not as accessible as they should be. I wanted to design a cheaper, open-source, and biking-centric action camera.

The design of the action camera had to be based on off-the-shelf components. If you have access to a 3D printer and soldering iron, you can build this project. With that in mind, I started with the Raspberry Pi A+, the newer, low-power version of the Model A.

Having the A+ as the platform meant having access to hundreds of parts designed to work with Raspberry Pis; the most important being the camera module. A quick Google search told me it possible to build so I took it from there. The first prototype I built used an open-source case and was just to make sure the camera would actually work.”

For more information on the new Raspberry Pi action camera project jump over to the Conor Yamada website for details via the link below for full instructions and a list of all the components you will need.