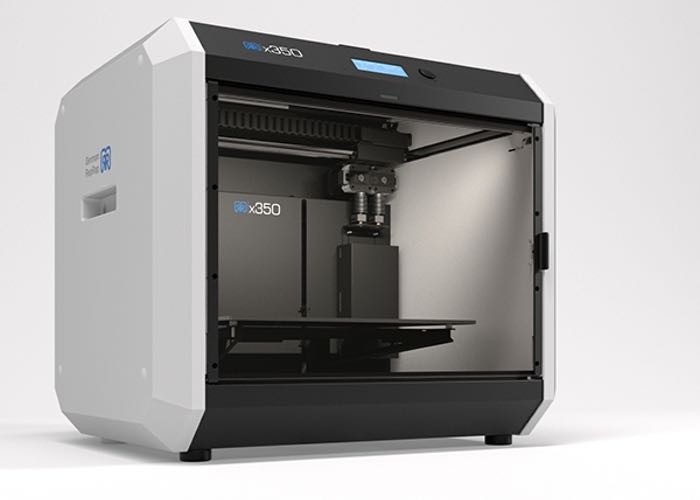 3D printer manufacturer German RepRap has this week unveiled their latest creation in the form of the RepRap X350 3D printer which is now available to preorder and is priced at €2500 as an introductory offer until June 30th, 2015, after which the price will increase.

The RepRap X350 3D printer is capable of printing a variety of different filaments including PLA, ABS, PS, PVA, PP, Laybrick and Laywood to name just a few and is equipped with a three-point heated print bed.

“With the X350 German RepRap remains to its pioneering roots in providing cutting-edge technology 3D printers, developed and designed to meet the needs of industrial users and demanding consumers. There is no 3D printer available with a more optimized print space compared to its size. The rectangular build platform allows better utilisation of the print area since most print models don’t have a square foot print. A highlight of this device is the integrated web interface that allows the operation via Wifi or LAN through a standard web browser.

The easy to use software, combined with a heated print bed and a clever ventilation concept leads to delicate, true to size prints with a nearly smooth surface. No matter, if you print for one hour or many hours. The German RepRap X350 was developed as a sturdy workhorse. But not a slow one: Printing fast, reliable & precise, that’s what the X350 stands for.”

The new RepRap 3D printer will be showcased during the Rapid Fair at Long Beach, California later this month between May 18 – 21st 2015. For more information jump over to the German RepRap website for full specifications and the ability to pre-order.