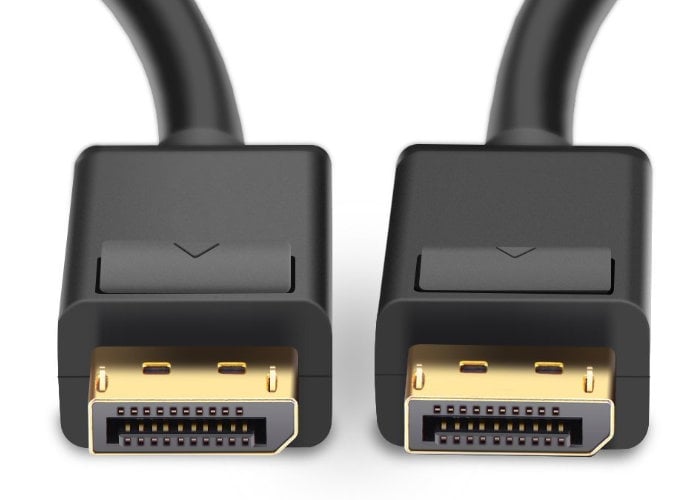 DisplayPort 2.0 is the first standard to support 8K resolution (7680 x 4320) at 60 Hz refresh rate with full-colour 4:4:4 resolution, including with 30 bits per pixel (bpp) for HDR-10 support. In comparison the older DisplayPort, v1.4a, provided a maximum link bandwidth of 32.4 Gbps, with each of the four lanes running at a link rate of 8.1 Gbps/lane. With 8b/10b channel coding, that equates to a maximum payload of 25.92 Gbps. DP 2.0 increases the maximum link rate to up to 20 Gbps/lane and features more efficient 128b/132b channel coding, delivering a maximum payload of 77.37 Gbps – up to a three-fold increase compared to DP 1.4a. 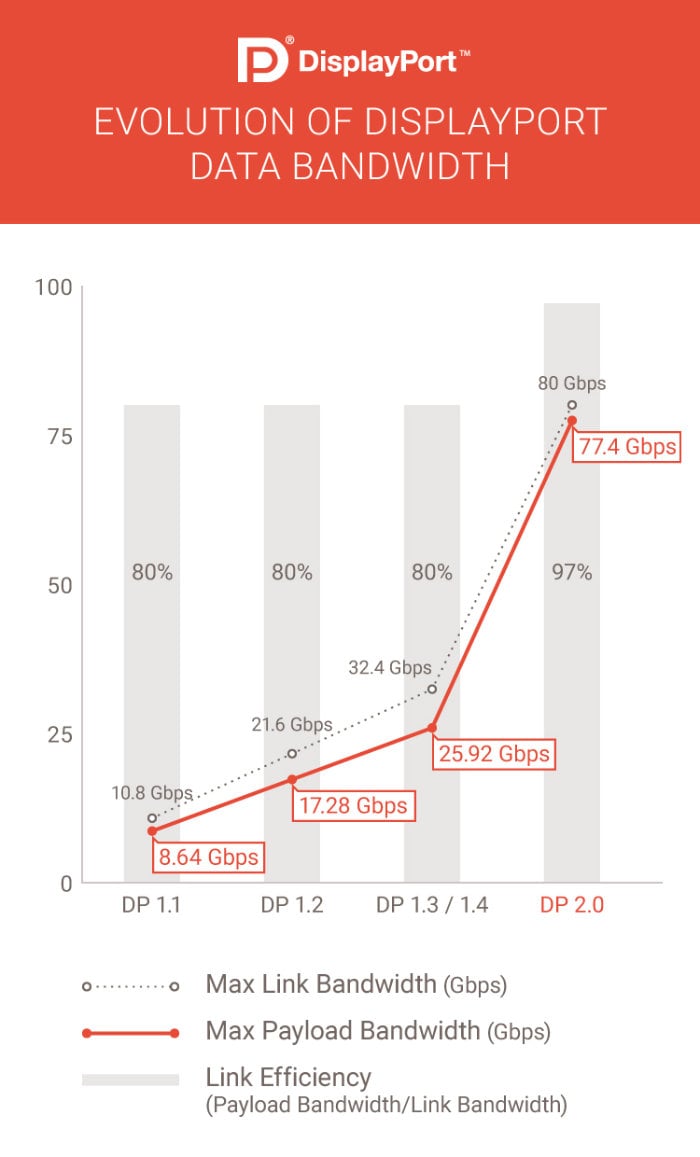 “The advantages of DP 2.0 are enjoyed across both the native DP connector as well as the USB Type-C connector, which carries the DP audio/video signal through DisplayPort Alt Mode. DP 2.0 is backward compatible with previous versions of DisplayPort and incorporates all of the key features of DP 1.4a, including support for visually lossless Display Stream Compression (DSC) with Forward Error Correction (FEC), HDR metadata transport, and other advanced features. The increased video bandwidth performance of DP 2.0 carried over the USB-C connector enables simultaneous higher-speed USB data transfer without compromising display performance. DP 2.0 leverages the Thunderbolt™ 3 physical interface (PHY) layer while maintaining the flexibility of DP protocol in order to boost the data bandwidth and promote convergence across industry-leading IO standards.”

More information on the new DisplayPort 2.0 standard jump over to the official website by following the link below.