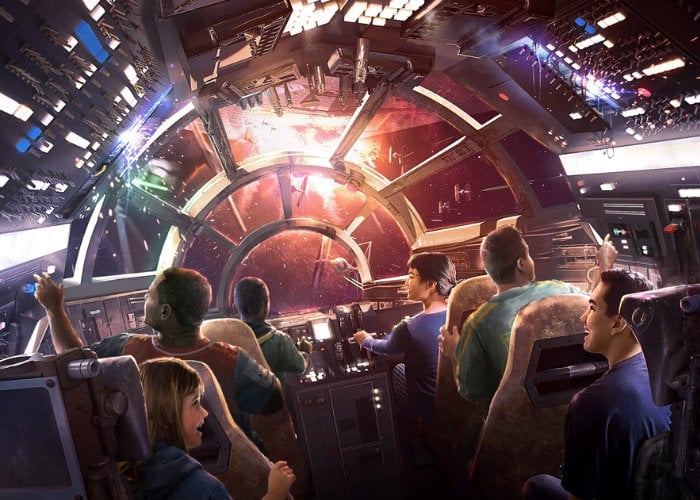 “Check out this exciting new video of Star Wars: Galaxy’s Edge opening summer 2019 at Disneyland Resort and fall 2019 at Walt Disney World Resort. Get ready to take control of the fastest ship in the galaxy on Millennium Falcon: Smugglers Run. Or join in an epic battle on Star Wars: Rise of the Resistance, the biggest and most immersive Disney Parks attraction ever. Come to Star Wars: Galaxy’s Edge and live your adventure in a galaxy far, far away!”

At Disneyland Park, Galaxy’s Edge is being built to the north of Frontierland, where Big Thunder Ranch and backstage areas were located. As a result of the expansion, Disney purchased nearby properties to relocate the office and warehouse space that was on the land. For more information jump over to the official Disney Parks website by following the link below ahead of the Star Wars: Galaxy’s Edge opening later this year