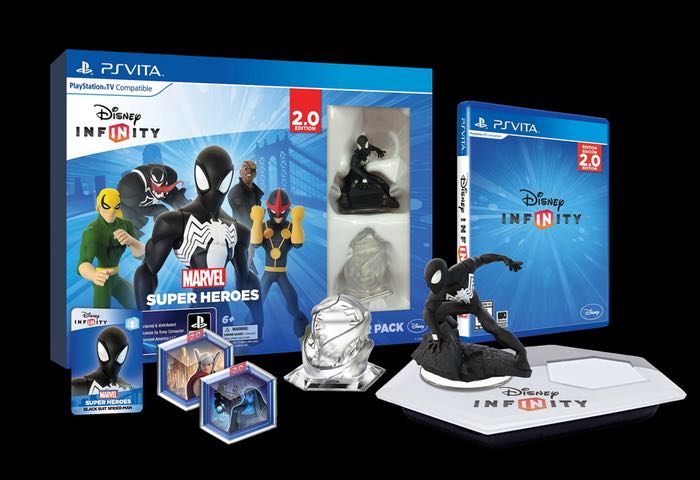 PS Vita owners might be pleased to know that the Disney Infinity 2.0 Edition game has now launched on the Sony handheld console and is now available to purchase.

The Black Suit Spider-Man figure will be fully compatible with the console version of Marvel Super Heroes (2.0 Edition), but it will be making an exclusive debut to the Disney Infinity universe through PS Vita.”

Disney Infinity Marvel Super Heroes 2.0 Edition for PS Vita has launched exclusively at GameStop priced at $60 and is now available to purchase for the Sony PS Vita console. Enjoy!