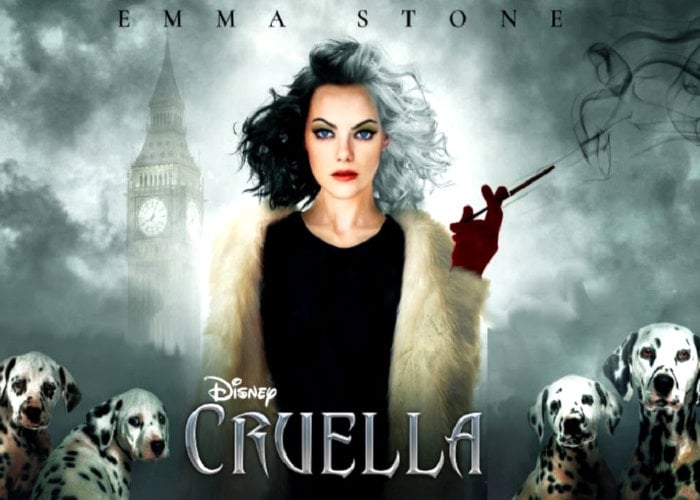 The Disney Cruella film 2021 is directed by Craig Gillespie with a screenplay by Dana Fox and Tony McNamara, from a story by Aline Brosh McKenna, Kelly Marcel, and Steve Zissis and stars Emma Stone as the titular character, with Emma Thompson, Joel Fry, Paul Walter Hauser, Emily Beecham, and Mark Strong in supporting roles.