Disney has released more details on their new Android based 3D smartphone that we heard about recently, the Disney 3D Android smartphone will be available in Japan and will have access to the ‘Disney Market’.

The Disney 3D Android smartphone is based on the Sharp Galapagos 003SH, and it features a 3.8 inch touchscreen 3D display, plus a 9.6 megapixel camera and a 1GHz Snapdragon processor. 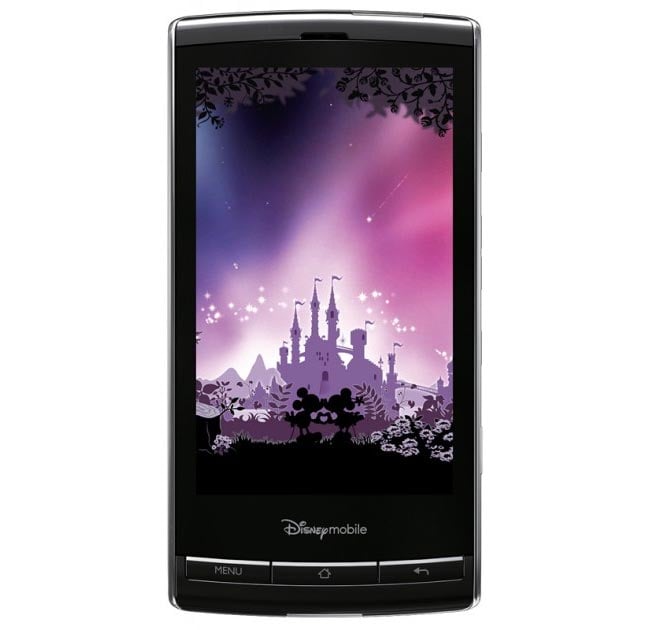 Others specifications on the Disney 3D Android smartphone include built in WiFi, GPS, Bluetooth, a TV tuner and an e-wallet function, and buyers of this Disney phone will get a unique @disney.ne.jp email address.

The Disney 3D Android smartphone will only be available in Japan from next month, there are no details on pricing as yet.