Instead of having a built in hard drive to record programs the Digital Vision GiGo has three USB ports on the front, which records programs on a USB drive. 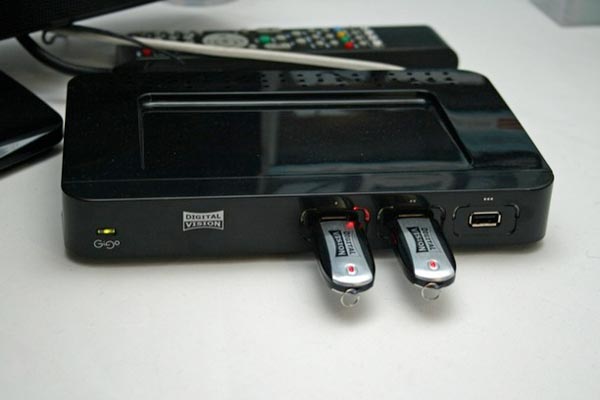 The Digital Vision GiGo comes with a single tuner, that lets you record direct to a USB drive, personally I think this is a great idea as it would be easy to transfer your recorded programs to your PC or NAS drive.