In what amounts to a rather bad idea, Diesel has outed a line of superhero themed boxer briefs. Maybe this is DC Comics’ way at getting back at the Avengers movie. Strange though, because there’s even a Joker themed pair of briefs. Sorry folks, wearing them doesn’t grant superpowers. Besides, superheroes and underwear? Not a bad combination, since even Superman wore his blazing red undies over his trousers. Never really understood why, but it was an enduring fashion statement that has permeated the popular consciousness. 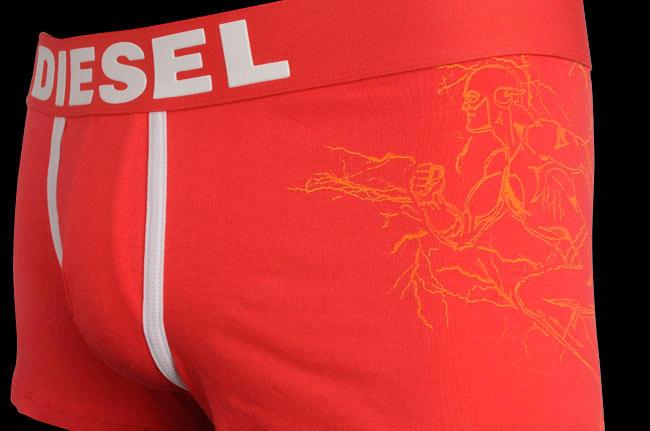 Pictured above is an offensively bulging pair of boxers painted a flaming color after the Flash. To repeat: wearing a particular superhero’s underwear doesn’t give you their powers. They will, however, make people judge you in the event that you’re seen in nothing but your prized superhero themed underwear. Also, the Batman briefs doen’t come with a belt.

If you feel compelled by otherworldly forces to sate this curious promotional undies blitz, go ahead and check the source link below. There’s tons of content over there.