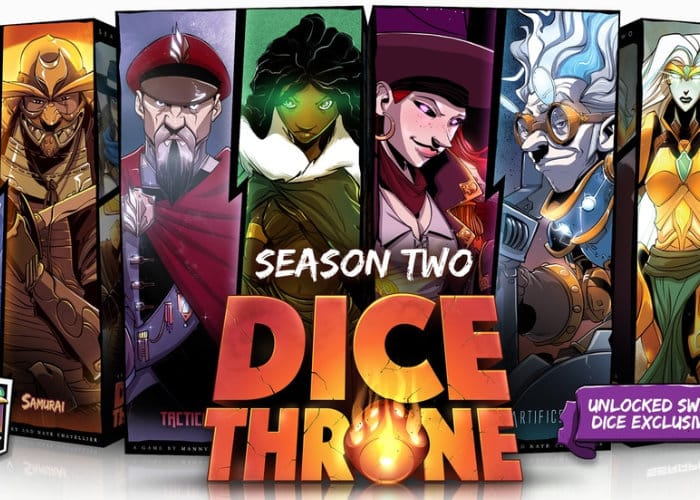 Gavan Brown of Roxley Games has once again taken to Kickstarter to launch the second season of Dice Throne and has already raised over £254,000 thanks to over 3,660 backers. Dice Throne Season Two is now available to back with pledges starting from £14 and shipping expected to take place during November 2018 if the manufacturing process goes smoothly. Check out the quick videos below to learn more about the latest instalment of the Dice Throne game and the quick five-minute overview of how you can play. Dice Throne is described by its developers as a game that offers players “intriguing dice, tactical card play, powerful heroes, and unique abilities.

To start playing simply select from a variety of heroes, with each one providing a distinct play format and style when compared to the others. Enable special abilities and attack opponents using your hero’s unique set of five dice. During gameplay, you accumulate combat points and spend them on cards that have a larger range of effects. Some cards grant permanent hero upgrades applying status affects as well as being able to manipulate dice either yours directly, your teammates or even your opponents.

Pledges start from just £14 or $19 but climb to over $170 offering a variety of Kickstarter exclusives. For more information jump over to the official Kickstarter campaign which is now in full swing and has 15 days remaining.