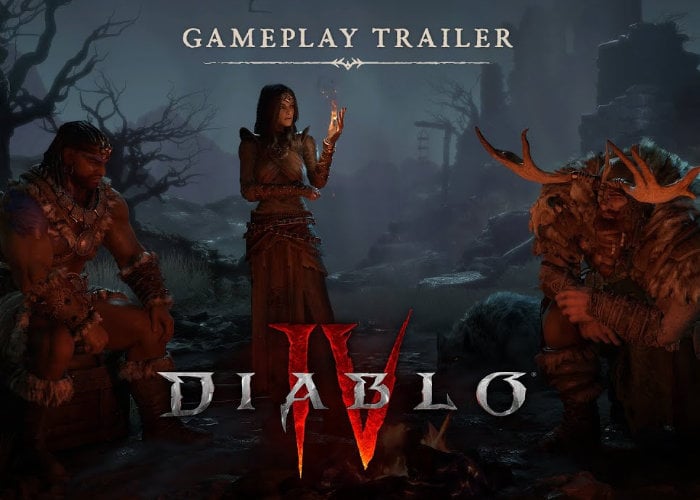 To accompany the official announcement of the new Diablo IV by Blizzard Entertainment at this years BlizzCon 2019 event the developer and publisher is also released two teaser trailers in the form of a cinematic announcement and brief Diablo IV gameplay trailer. During the official unveil Blizzard revealed that the new Diablo IV game will support solo and co-op play and you might even encounter other players you can take on in PVP combat.

Diablo IV is set in a time period “many years” after Diablo III and will be officially launching on the PlayStation 4, Xbox One and PC systems, although blizzard has not announced any official release date as yet. Soon as more details are made available we will keep you up to speed as always.

“Diablo IV is the newest incarnation of the genre defining ARPG players have come to know and love. Hellish new features, brutal challenges, and an indisputable return to darkness lie at the core of our hard work. Take a glimpse into the terror that awaits.”