Over the last week Blizzard have started releasing videos detailing the characters that will be available in their new Diablo III game. When it launches on May 15th 2012, after a few delays along the way.

Blizzard has already introduced us to the Demon Hunter and Barbarian classes, and now its the turn of the Monk. The Diablo III Monk character is a blend of the Assassin, Paladin and Barbarian from Diablo 2 game, and can be viewed in action in the video after the jump. 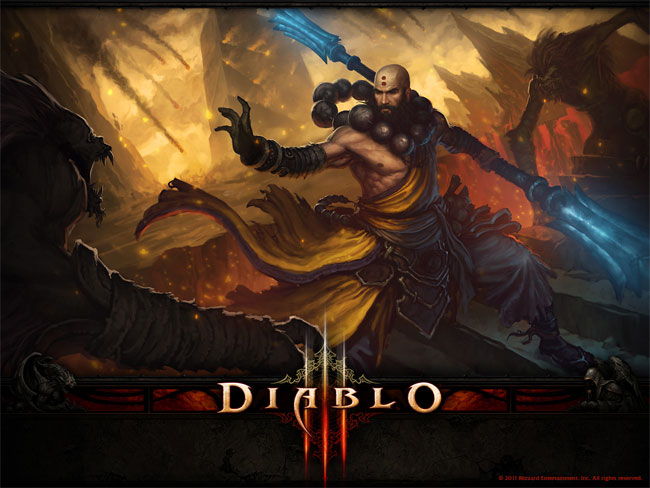 The Monk will be a unique class to play within Diablo III and uses mantras and spiritual power to cast massive damage on enemies, allowing the Monk to deal out the most damage of all Diablo III classes.

The skills of a Monk are divided into three specific areas : Spirit Generators, Spirit Senders and Mantras, and the Monk’s skills will have no cool down. So you can keep attacking as long as your Spirit allows. For more information on the Monk character within Diablo III, jump over to the Blizzard Diablo III website.