Blizzard has this week released a new video detailing the Demon Hunter character from their highly anticipated new game Diablo 3. The Demon Hunter within Diablo 3 relies on speed, traps and explosive attacks to punish her demonic enemies, using her speed and agility with an impressive arsenal of weapons. Check out the video after the jump to see the Diablo 3 Demon Hunter in action. 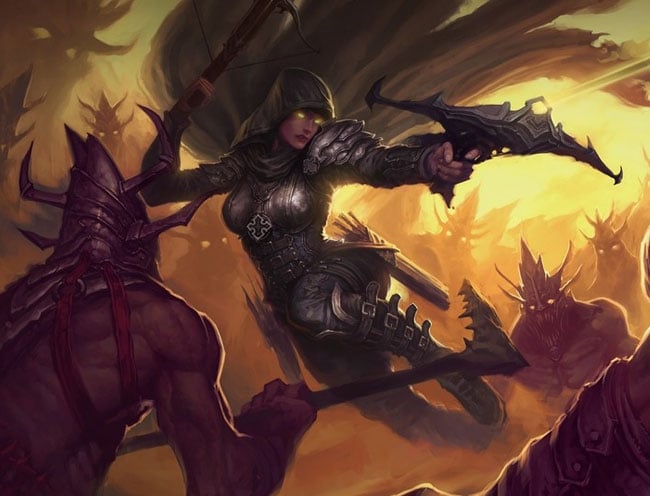 “The Demon Hunter is the ranged attacking class and specialize in bows and crossbows, which they supplement with numerous ranged attacks, traps of various types, and even a few melee range skills.”

The Demon Hunter was the fifth and final playable class revealed for Diablo III. After a long and rocky road, Diablo III will finally be launching on May 15th 20