There have been a number of rumours circulating that the launch date for the new Diablo III game currently under development by Blizzard would be arriving sometime in April.

However this morning Blizzard has laid all launch date rumours to rest, announcing that their highly anticipated Diablo III release date will be May 15th 2012. 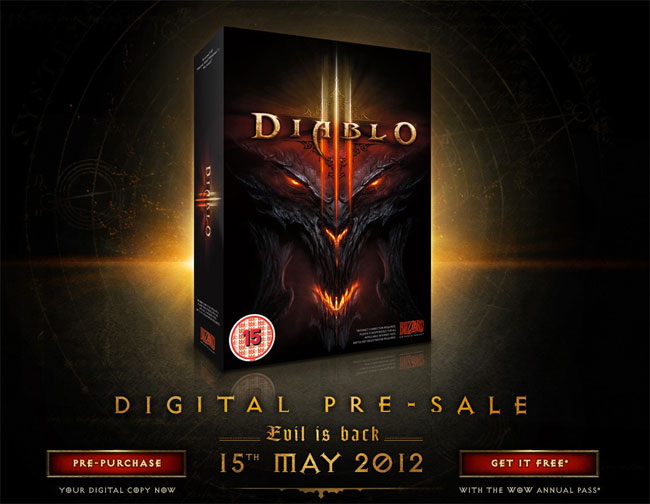 Diablo III is now available to pre-purchase, making sure you are one of the first to be ready to play when the server go live.