If you are looking forward to the launch of Diablo 3 you might be interested to know that it  has been unveiled the new game will come with a real money in-game auction house where players can trade for in-game items.

The in-game auction houses will allow players to sell items from player to player, one will use in game gold as its currency and the other will use real money. Players will be able to list their items up for sale in each of the game’s various regions around the world, and other players will then be able to spend real money to acquire the in-game goods, with Blizzard taking a fixed fee for the transaction. 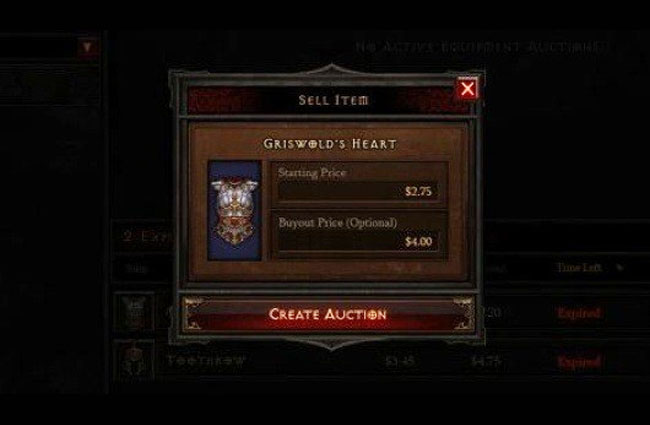 The transaction fees haven’t been revealed as yet but Blizzard says they will be “nominal” and will be applied when the item goes up for sale and when it is actually sold.

“Ultimately, players want it,” –  “In the past we’ve really taken this hardline stance of, we will just try to stamp it down in every place that we can. And we could take that approach. But I actually think that with Diablo, it actually will end up being a good thing, at least something that players will be excited about. It really is something that a lot of players are already looking to do.”

You can read more about the new real money auction house over on the Joystiq website. What are your thoughts on allowing real money purchases in game? Diablo 3 release date announced by Blizzard.