Anyone looking to make more use of their iPhone whilst in the car might be interested in a new design which has started its journey on Kickstarter. The device has been designed to fully integrate your iPhone 4, 4S and iPod Touch into the dash board, providing you with all your smartphones features whilst in the car.

Dash as its has so rightly been named has bend assigned by Paul Lizer an engineer for Lockheed Martin who has been involved in software obsolescence and development for L3 Communications and Honeywell. DASH has been designed to use changeable faceplates allowing you to upgrade the docking system with new smartphones as they are released. Watch the video after the jump to see it in action. 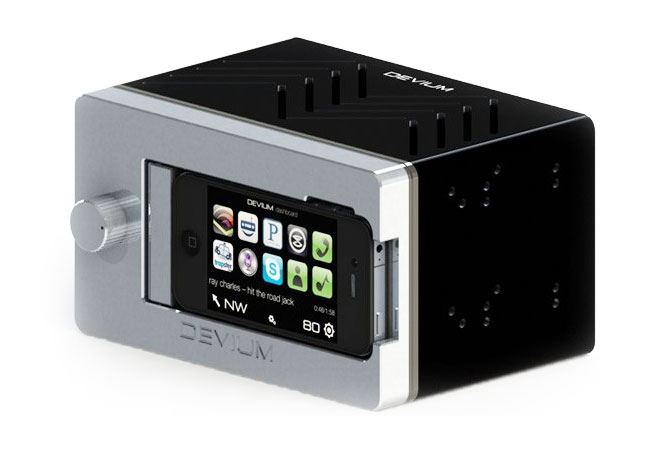 Dash is equipped with 4 x 50w to power your speakers but also has 2 preamps running at 2V a front and rear/sub. Together with video pass through so you can send your video to an external monitor or TV in your car for those long drives, and the complete unit measures just 4 x 7 inches.

The Dash system will also include an app to control fade, balance, treble, and bass. Lizer is also currently developing an application that will allow you to make phone calls in landscape mode if needed, he explains:

“Toss the CDs, chargers, and FM transmitters and show off your awesome piece of technology. Get your phone out of the cup holder, your pocket, or the unsightly windshield mount. Now there’s a place for everything.”

So if you think the Dash iPhone car media system is something you can benefit from jump over to the Kickstarter website now to make a pledge.