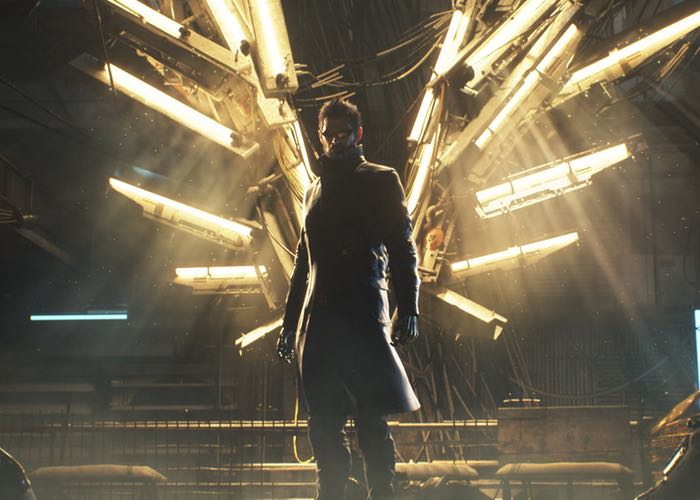 Square Enix has announced that the Deus Ex Mankind Divided game will be launching on February 23rd, 2015 and is now available to preorder and includes an exclusive campaign, and other benefits for players to enjoy that pre-order the game before launch.

The Deus Ex Mankind Divided game is currently under development by Eidos Montreal and will be available to play on the PS4, Xbox One and PC systems.
Those gamers that preorder the Mankind Divided game ahead of its February 2016 launch can enjoy a variety of bonus offerings that are indicated below. As well as gaining access to the Augment your pre-order program, a worldwide pre-order incentive that is crafted based on fan choice. Jump over to the official Deus Ex Mankind Divided website for more specifics. 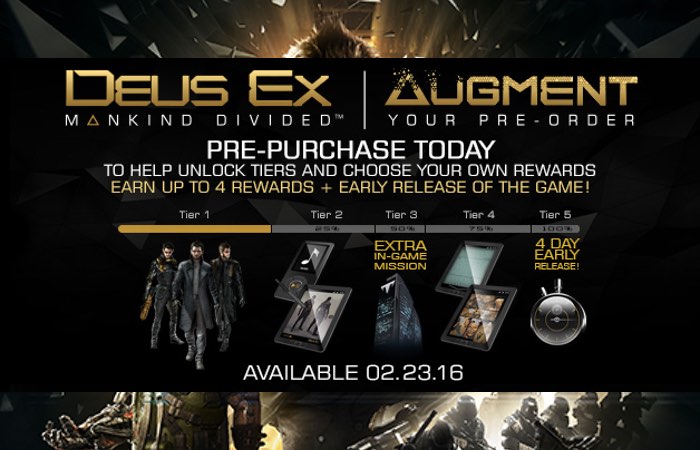 The year is 2029, and mechanically augmented humans have now been deemed outcasts, living a life of complete and total segregation from the rest of society. Now an experienced covert operative, Adam Jensen is forced to operate in a world that has grown to despise his kind. Armed with a new arsenal of state-of-the-art weapons and augmentations, he must choose the right approach, along with who to trust, in order to unravel a vast worldwide conspiracy.