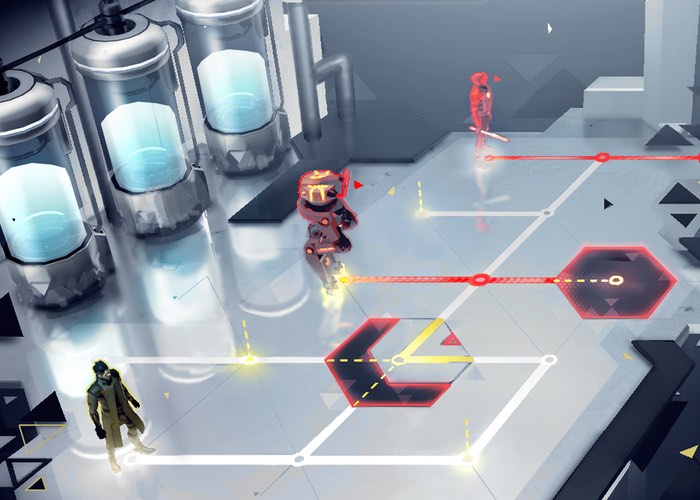 Deus Ex fans waiting patiently for the mobile gaming applications to be made available in the form of the new Deus Ex GO. Will be pleased that its developers Square Enix Montreal have announced the applications will be available later this week on August 18th, 2016.

Deus Ex GO will be launching on both iOS and Android platforms and provides a touchscreen game that allows you to take the role of Adam Jensen, a protagonist from the “cyber-dystopian” series.

Checkout the announcement trailer below to learn more about what you can expect from the new Deus Ex GO game in the Deus Ex franchise as you tackle the new mobile version of the game as a puzzle piece through a board game while avoiding obstacles and manipulating the environment.

The player touches the screen to move Adam Jensen, a protagonist from the stealth combat, cyber-dystopian Deus Ex series, between nodes on a hexagonal grid towards an exit. If moved to a specific node, the character will stealthily take down guards, hack computers, and activate his human augmentations, such as invisibility.

Enemies who spot the player’s character will move towards and, if they reach his node, eliminate him. The player-character can eliminate enemies if approached from behind or their side. Mechanical enemies and obstacles, such as gun turrets and raisable platforms, are hackable via computer terminals on nearby nodes. The player drags her finger on the touchscreen to connect the terminal’s node and the hackable device. The character can store an invisibility power-up. When activated, it lasts two turns.