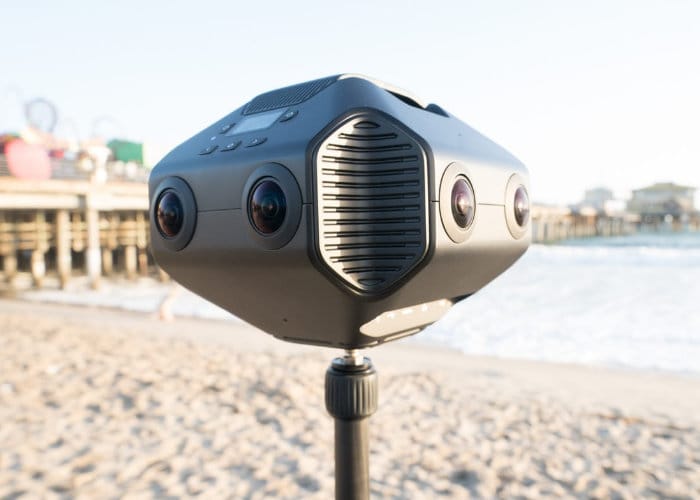 After successfully raising nearly $200,000 via Kickstarter Detu 360, creators of the Detu MaxMobile VR camera are today coming to the end of their Indiegogo crowdfunding campaign which has raised over $61,000. Pledges are available from $2,299 offering a 39 percent discount off the recommended retail price which will take effect once the crowdfunding campaign comes to a close.

Watch the demonstration video below to learn more about the virtual reality camera which offers 8K and 12 K high definition recording modes together with six axis stabilisation to name just a few features. “Designed for professional photographers and VR content creators, the camera is equipped with an AI chip to create superior quality UHD real 3D VR images. The AI chip enables real-time object tracking to capture realistic 3D portraits. The deep learning algorithm also selects and stitches together the videos and images inside the camera – without the need for a PC.”

Features of the 360 degree 3D VR camera include :

For a full list of all specifications and available pledges jump over to the official website or Indiegogo crowdfunding campaign page by following the link below.