Yesterday, some photos of the alleged LG G3 was leaked in all its glory, giving us a glimpse of the design of the purported handset. 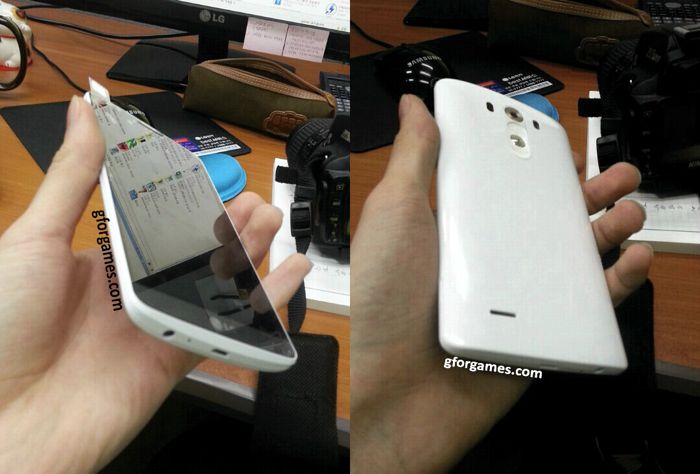 It seems LG is having a tough time keeping the LG G3 a secret lately. Rumors suggest the purported handset is under mass production, and will see the light of the day later this month. LG has already sent out invites to the press regarding its event which will take place on May 27th.

As per new leak, the alleged smartphone will come with a 5.5-inch display sporting a resolution of 2560 x 1440 pixels with 534ppi pixel density. The latest rumor suggests there will be two versions of the handset, one will come with 2GB RAM and 16GB storage, while the second version will feature 3GB RAM and 32GB internal storage. Both versions will feature a microSD card slot as well.

Other features include 3,000 mAh battery, 13MP rear camera with optical image stabilization plus and should come with Android 4.4.2 KitKat.

We’ll update you with the complete information as soon as the smartphone is officially released.