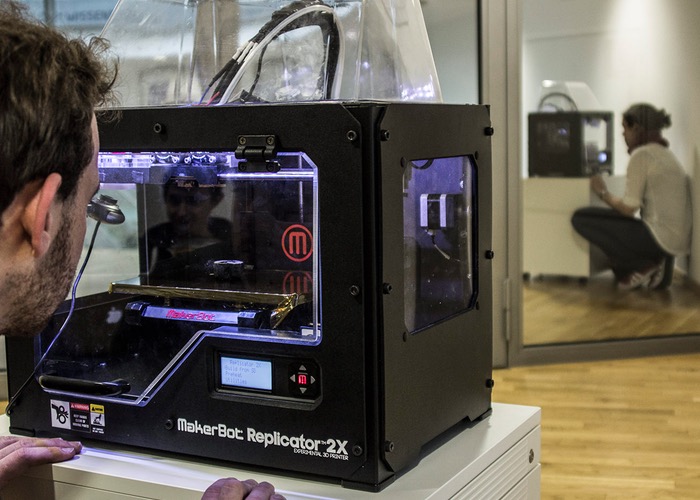 Watch the video below to learn more about the system that uses a couple of Makerbot 3D printers that have been modified to allow the teleportation to take place.

One of the Makerbot 3D printers has been equipped with a 3-axis milling machine, a camera, and a micro-controller for encryption/decryption of the transmission. Its creators explains how the system works in detail :

“Scotty allows teleporting inanimate physical objects across distance. Each Scotty unit consists of an off-the-shelf 3D printer that we have extended with a 3-axis milling machine, a camera, and a micro-controller for encryption/decryption and transmission. Users place an object into the sender unit, enter the address of a receiver unit, and press the teleport button.

The receiving unit decrypts the layer in real-time and starts printing right away. Users thus see the object appear layer-by-layer on the receiver side as it disappears layer-by-layer at the sender side. Scotty is different from previous systems that copy physical objects, as its destruction and encryption mechanism guarantees that only one copy of the object exists at a time.”

For more information on the new Scotty teleportation system jump over to the HPI website for details via the link below.