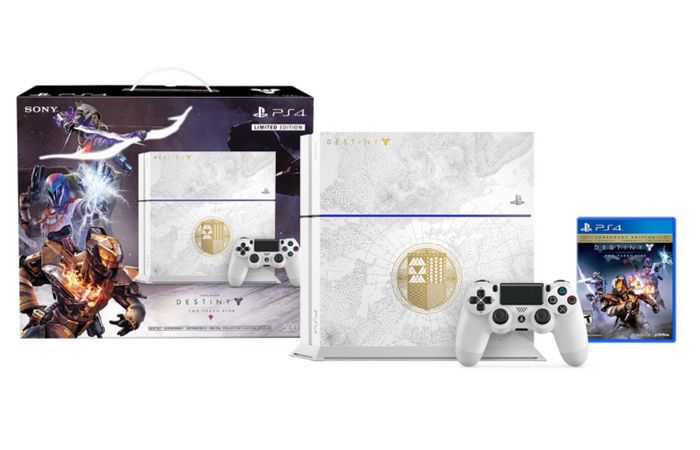 Adam Boyes VP Publisher Relations from SCEA has taken to the PlayStation blog this week to reveal the exclusive content you can expect to enjoy on PlayStation consoles.

It has been a year since the new destiny game launched on PlayStation, as well as also being available on Xbox One and Xbox 360 systems.

As well as unveiling a new Limited Edition Destiny: The Taken King PlayStation 4 Bundle, developers Bungie has also added a wealth of exclusive content that can be viewed in the video below. The exclusive content however is ‘time exclusive’ and will only be available on the PlayStation platform until at least the fall of 2016. Boyes explains a little more:

Huge thanks to Bungie community manager extraordinaire (and Fireteam carry) DeeJ and lead designer James Tsai for joining us. With their help, I now feel prepared to take on Oryx when Destiny: The Taken King launches on September 15th.

I’m thrilled to kick off the next chapter of Destiny. We’ll have a ton of great content only available on the PlayStation platform including a co-op strike for you and your Fireteam, new crucible map, and sweet Legendary and Exotic gear.

Can’t wait to embark on your next great Destiny adventure? Join me and the rest of the crew at PlayStation this weekend and treat yourself to new PVP maps and modes as part of the pre-launch Crucible Preview Event.

For more details on the exclusive PlayStation content that you can expect to enjoy in the new Destiny: The Taken King expansion jump over to the PlayStation blog via the link below.