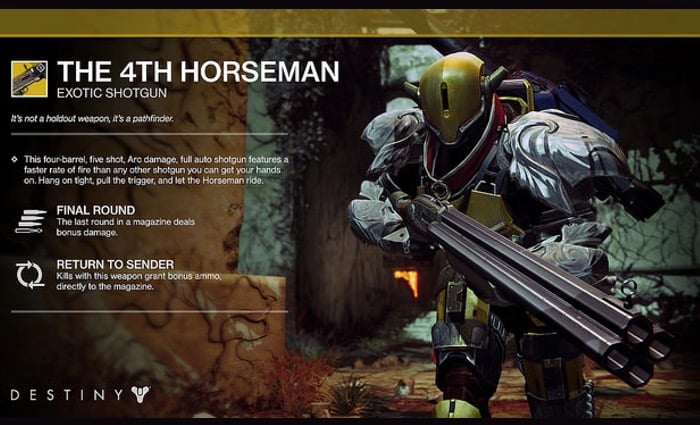 Sony has today over on its PlayStation blog revealed the exclusive PlayStation content that PS gamers will be able to enjoy and that will be included within the Bungie Destiny blockbuster space RPG.

The new Destiny The Dark Below DLC launches later this week on December 9th and brings with it a wealth of new maps, story missions as well as weapons and dear to equip your character with. 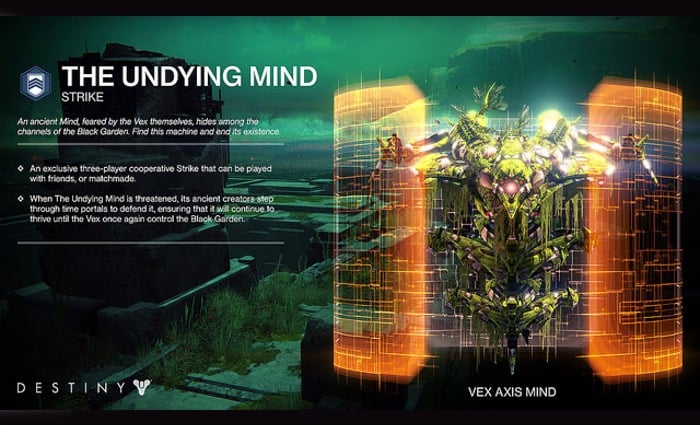 PlayStation gamers will also enjoy exclusive content that has now been revealed by Sony for the first time and includes:

“First up, another exclusive Strike to face on Mars: The Undying Mind. You can step back into the coveted dangers of The Black Garden to face a timeless Vex machine-beast that has survived for ages. Prepare for firefights amidst vine-laden pillars and decaying paths in an effort to destroy the ancient evil.

And if you need more firepower to match your new foes, look no further than the PlayStation-exclusive exotic weapon coming to The Dark Below, The 4th Horseman shotgun. Four barrels, five shots, and a sizzlingly fast fire rate will eat away at the Vex legions in short order.

Now steel yourself; here’s just a taste of the other content coming with the expansion.

• New story missions that pit you against a Hive god.
• New weapons, armor, and gear to further customize your Guardian.
• The ability to increase your Light level to 32, and five additional bounty slots.
• Three new competitive multiplayer maps: Pantheon, Skyshock, and The Cauldron.
• New cooperative Strike: The Will of Crota. Purge a twisted horror from the Cosmodrome.
• An additional resident of the Tower: Eris, a resolute survivor of an ill-fated mission.
• And a new six-player Raid: Crota’s End. Face him in the deepest dark.

If you want to try The Dark Below before it launches on December 9th, come to PlayStation Experience in Las Vegas and go hands-on with the upcoming expansion before its secrets are revealed to the rest of the world.”

For more information on the new Destiny The Dark Below Playstation content jump over to the PlayStation Blog website for details via the link below.