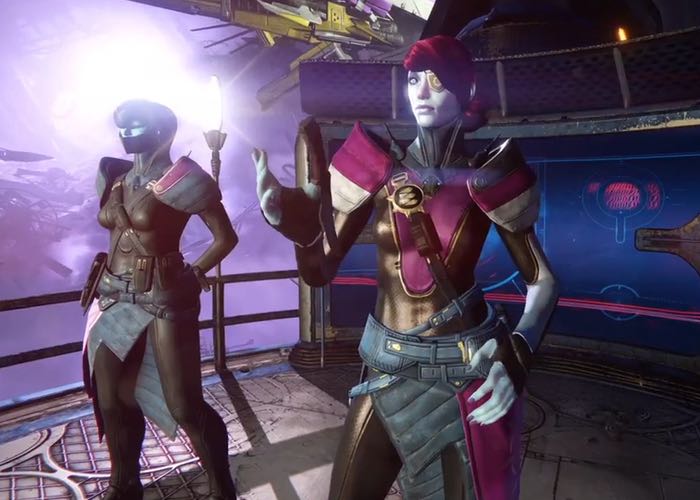 Bungie has released a new teaser trailer for the upcoming and highly anticipated new expansion Destiny House of Wolves, that will allow players to advance to level 34 and bring with it a wealth of new features and locations.

“Expand your Destiny adventure with a wealth of weapons, armor, and gear to earn in new story missions, three new competitive multiplayer maps, and a new cooperative Strike. Expansion II introduces a new competitive elimination mode in the Crucible and an all-new arena activity – The Prison of Elders. The Reef is open. Join the Awoken and hunt down the Fallen rising against us.”

The teaser trailer is only short but the team over at Eurogamer have been through the footage and highlighted that both legendary guns and armour have a new upgrade slot. But at the current time it is still unclear if all legendary armour will have the upgrade path and what material will be needed to unlock it.

For more information on the new Destiny House of Wolves expansion jump over to the official Destiny website for details or the Eurogamer website via the links below.