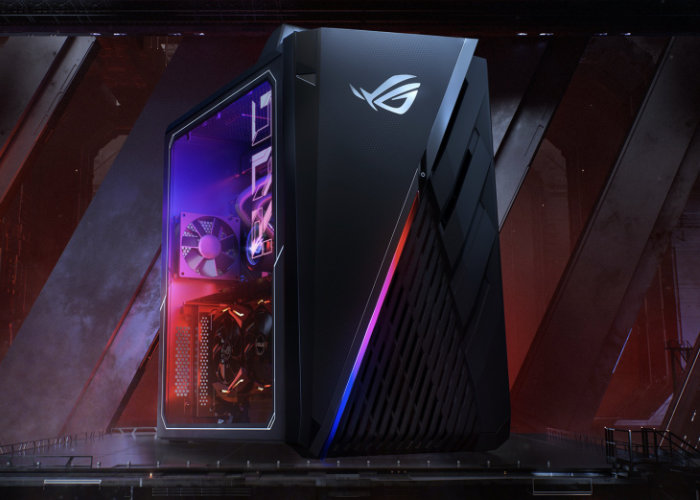 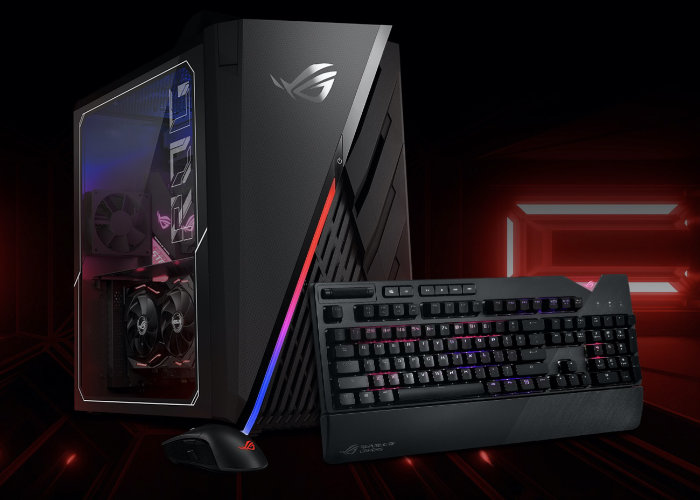 The GA35 features one USB-C port, plus six Type-A USB 3.2 Gen 2 ports that offer ample space for your mouse, keyboard, gamepad, and more. Two HDMI 2.0b ports let you connect a VR headset alongside a high-resolution 4K monitor or TV. Storage an connectivity on the gaming PC includes a 1 TB PCI-Express 4.0 x4 M.2 NVMe SSD, 2 TB SATA HDD, together with connectivity provided in the form of 802.11ac WLAN with Bluetooth 5.1, 1 GbE Ethernet. 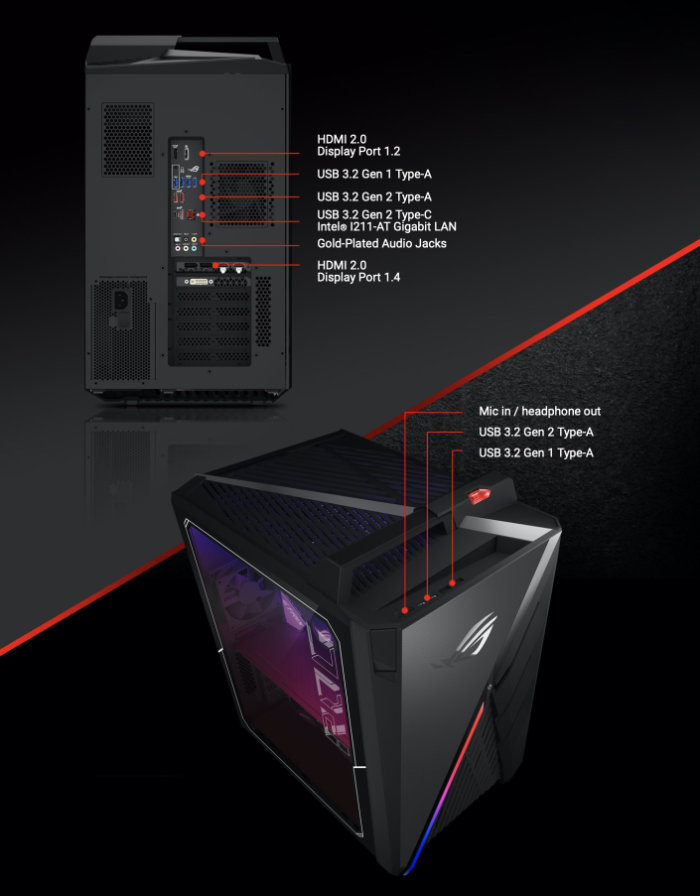 “The dynamic Wind Shear chassis is subtly shaped to enhance airflow while keeping noise levels under 30dB for quieter gameplay and work. A sweeping slash across the front accents widened vents that direct more air into the chassis. Inside, the CPU, graphics card, and power supply sit in separate bays, minimizing thermal interference and lowering ambient temperatures. This airflow-amplifying design speeds up heat dissipation to enable and sustain higher overall performance. 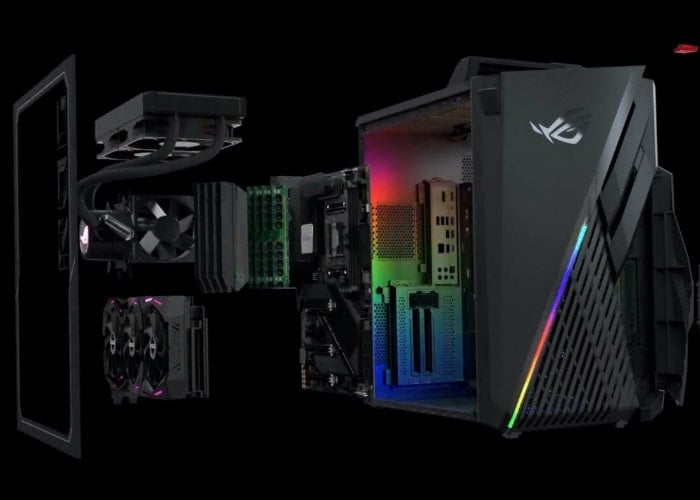 Powerfully equipped for gaming and multitasking, the GA35 slashes through any task that comes its way. Up to a GeForce RTX™ 2080 Ti GPU delivers high frame rates for smoother fast-paced action, while up to a Ryzen™ 9 3950X CPU has 16 cores and 32 threads to speed up intensive workloads like streaming, video editing, and 3D rendering. Armed with up to a massive 64GB of DDR4-3200MHz memory, you can produce a high-quality broadcast with multiple video inputs, keep up with stream and team chats, and jump into competitive play all at the same time.”

Unfortunately, no information on pricing or worldwide availability has been released as yet by ASUS for the new desktop gaming PC, but as soon as information comes to light, we will keep you updated as always. For more information about the new ROG Strix GA35 desktop gaming PC temp over to the official ASUS website.