Half a century of space programs might have spawned a ton of historic moments but it has also left tons of debris orbiting our dirty little planet. The solution? A lot of very smart people are still mulling how to clean the heavens of space junk. 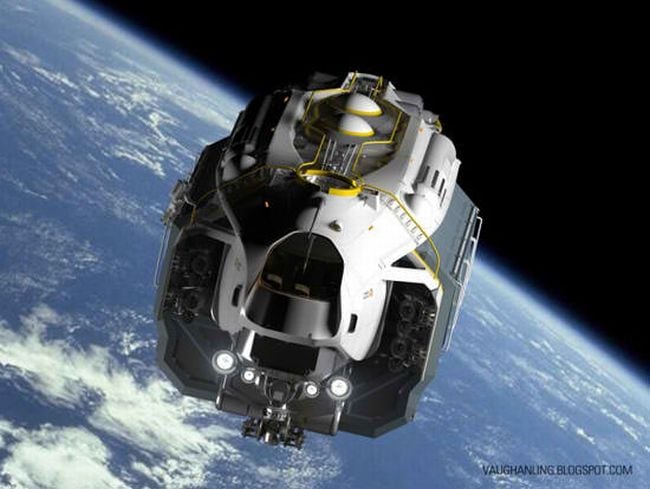 One design student does have a concept ready in case NASA is interested. Vaughan Ling is currently honing his chops studying in Detroit, but this hasn’t prevented him from making more than a few concept illustrations of an orbital dump truck.

“This space debris collector is purely conceptual (Hollywood style) but I did research into the technologies being used or proposed to combat the very real problem of space debris today, including VASIMR plasma rockets, solar sails, deployable balloons, aerogel nets, ground based lasers etc.

My fantasy concept is a system composed of the collector, a net dispenser and a recycling station in low earth orbit. Considering the launch cost can range from $4-5k per pound, not including the precious metals often used for satellite constrution, I thought that recycling could be a viable business one day. The collector would use nuclear power + highly efficient VASIMR rockets for propulsion and a detachable holding bay for dropping off at the station plus an arm similar to Canadarm on the space shuttle and ISS.”