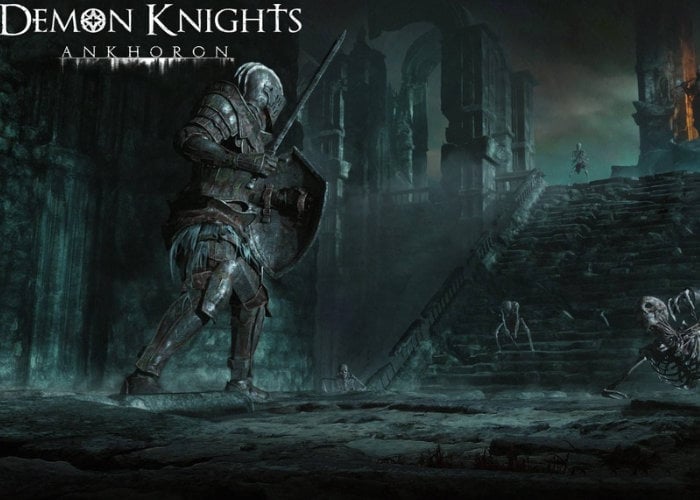 A new dark Gothic role-playing game and fighting action adventure has been launched via Kickstarter this month in the form of Demon Knights of Ankhoron allowing you to master a Knight or Demon as you explore the ancient world of Ankhoron.

“Demon Knights is a revolutionary dark Action Role-Playing Game with deep traditional 2D Fighting-Game mechanics within a beautiful dark gothic world of Ankhoron. Master ancient powers and loot enchanted items to upgrade your hero, play with friends and defeat demonic monsters who stand in your way.”

Launched via Kickstarter this month copies are now available to purchase priced at $30 offering a 25% discount off the target retail price which will take effect once the crowdfunding campaign comes to a close.

“Darkness is sweeping the land of Ankhoron. The small mining town of Ashridge is at the center of the disturbances. The main bridge to town is destroyed and the villagers are now trapped in the town being overrun by monsters. Leaders calls for any who can help. Adventurers step up as they now must all fight to survive. The northern city of Ashridge was once prosperous because of its thriving farms and rich mines. But all things golden eventually tarnish. A curse unleashed by necromantic cultists from the North shook the land with a series of violent earthquakes.The poisonous ash released by the tremors killed off the once abundant crops in the surrounding valley, and crumbled the tunnels within the mines. The once-great crumbled to dust as the townspeople fled the dying city and were replaced by mutant monsters and undead victims of wars foughtlong ago. But hope remains that Ashridge may one day be restored to its former glory by a remedy that scholars say may be found in the ancient shrines buried deep below the city.“