Some of our readers might remember the very unique rifle styled games controller called the Delta Six which we featured here on Geeky Gadgets at the beginning of this month.

Now the Delta Six first-person-shooter (FPS) controller has landed on Kickstarter looking to raise enough pledges to help it make the jump from concept into production. To learn more about the Delta Six games controller watch the video after the jump. 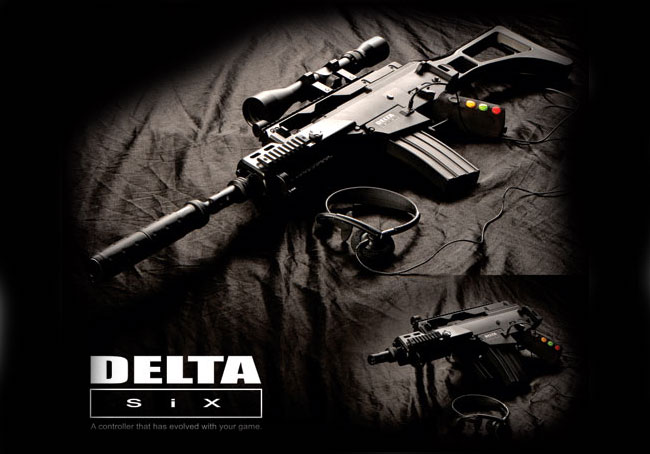 David Kotkin the game controllers designer has created it to provide gamers with a controller for first person shooter that will add even more game immersion, he explains: “When I designed Delta SiX, I wanted to create a product that combines motion control gaming with a hardcore First Person Shooter methodology. It has been my goal for years to design a product that will take gaming—online and off to the next level.”

Once launched the Delta Six controller will be compatible with Xbox 360, PlayStation 3, PC, the Wii U, and the Kickstarter open source console OUYA. For more information jump over to the Kickstarter website to learn more and make a pledge.