Creator of the Avenger gaming controller add-on David Kotkin, that we featured on Geeky Gadgets some time back, has today unveiled a new controller aimed at hardcore first-person-shooter (FPS) gamers, who are looking for a little more of an immersive feel from their games controller.

As you can see from the picture below the the new immerse design of the Delta Six allows you to feel as though you are actually holding the weapons from within games such as Call of Duty, Battlefield 3 and the like. Watch the video after the jump to see it in action. 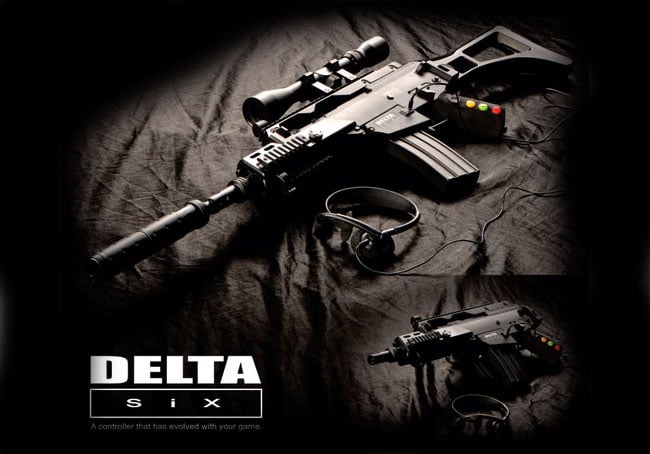 The Delta Six controller is fitted with an accelerometer, together with faux recoil action, together with pressure sensors and buttons, allowing you to immerse yourself in the combat, as it happens.

When the Delta Six games controller arrives in stores it will be priced at $89, but no information on worldwide availability has been released as yet, but as soon as information comes to light we will keep you updated as always.